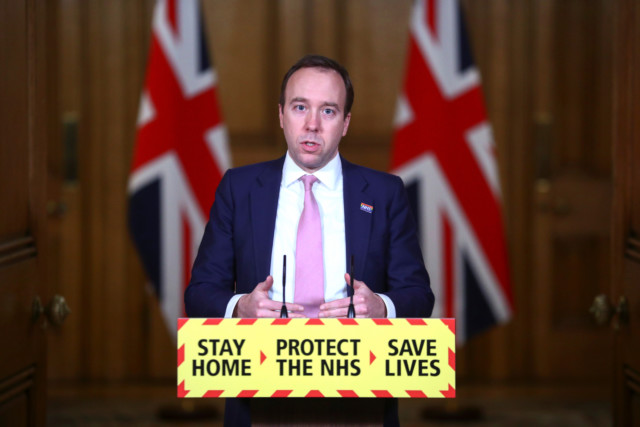 MATT Hancock has warned Covid vaccines may be 50% less effective against the new mutant South African strain – putting us “back to square one”.

The Health Secretary said there was “evidence in the public domain” that the new variant is more resistant to jabs, but cautioned that scientists are still carrying out tests.

He made the remarks during a web chat with travel agents this week, in which he explained that tough border restrictions may be needed for a long time to keep new variants of the virus out of the UK.

In a video of the webinar, leaked to MailOnline, he was asked whether Brits will be able to go on holiday this summer.

Mr Hancock said there was “evidence in the public domain – although we are not sure of this data so I wouldn’t say this in public – that the South African variant reduces by about 50% the vaccine efficacy”.

He added that scientists are testing the mutant strain at the Porton Down lab and are carrying out a clinical trial in South Africa to see what effect it has on the AstraZeneca vaccine.

The Health Secretary added: “Nevertheless, if we’d vaccinated the population and then you got in a new variant that evaded the vaccine then we’d be back to square one.

“And so tougher international restrictions are the price that for instance Australia has paid for stronger domestic protection, as in more life getting back to normal domestically.

“With the new variants that we’re seeing around the world, South Africa and Brazil are the two most worrying, but the third most worrying one is the one we don’t know about because they haven’t spotted it yet.”

The Government’s chief scientific adviser, Sir Patrick Vallance, also said there is concern that both the South African and Brazilian strains may have some resistance to vaccines.

He told a No 10 press conference tonight: “We are more concerned that they have certain features which means they might be less susceptible to vaccines.”

But he cautioned it was “too early to know” whether early laboratory studies on the virus would translate into the same effect in people when they are vaccinated.

A Department of Health spokesman said: “The Government is closely monitoring any new variants of concern, including those from South Africa and will continue to take all necessary steps to protect the public.

“Vaccines are the way through this pandemic, and we are on course to meet our target of offering a first dose by 15th February to all four of the top priority groups.

“Our number one priority is protecting the NHS and saving lives, and we are taking every necessary precaution to do just that.

“We are at one of toughest moments in the pandemic and it is vital, even once vaccinated, people continue to abide by the rules and that means staying at home, and putting hands, face, space into practice every day.”

The Masked Singer Live is going on tour with Jonathan Ross and Davina McCall...

30 Tories ‘rebel’ against Boris’ Brexit bill & warn they could vote AGAINST it...