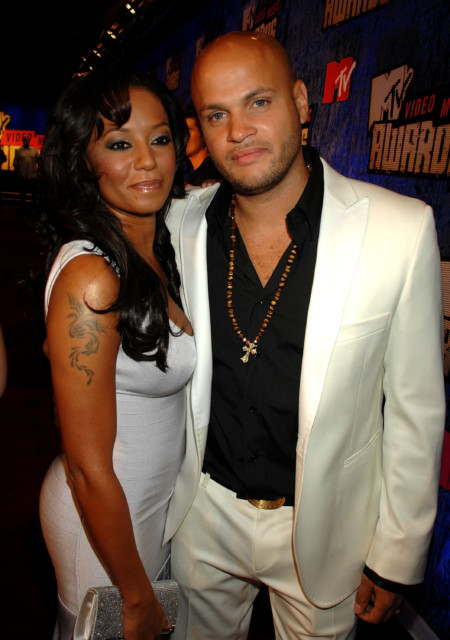 SPICE Girl Mel B has urged Chancellor Rishi Sunak to give more money to help victims of domestic abuse.

The popstar, who suffered a decade of alleged mental and physical abuse by her ex-husband Stephen Belafonte, said lockdowns and celebrities have brought the issue into sharper focus in the last year.

But despite an increase in emergency funding for charities and refuges, Mel said: “The Government has to put more money in and more consideration.”

Last May, the Government announced an emergency fund for refuges, to enable them to support more survivors and their children in the pandemic, and in September, extra funding was given to a further 25 domestic abuse charities.

Mel, who is a patron for Women’s Aid, said it’s vital to give more cash to provide support services for survivors, as well as refuges.

She said: “It’s going to take time. It’s a huge undertaking that we can’t ignore.”

Recently, several celebrities have come forward to claim they are the victims of domestic abuse.

Mel mentioned popstar FKA Twigs, who is suing Shia LeBeouf for physical and emotional abuse, Vampire Diaries actress Alice Evans who this week told her Twitter followers her actor husband Ioan Gruffudd had been “gaslighting” her and Addams Family actress Christina Ricci, who has been granted a restraining order against her husband.

She said: “The first time lockdown happened, it was obvious there was such a spike in the amount of abuse and the amount of women wanting to flee their homes and reach out for help.

“There was a tsunami of calls, of deaths, of suicides. On the media front, you’ve had people speaking out like FKA Twigs, Alice Evans, Christina Ricci.

“It was on people’s radar but this was the one time that it was such a tsunami of people crying out for help that the Government had to do something about it.”

She believes we have made great strides in confronting the issue of abuse – and is delighted her middle daughter, Angel, is learning about it in school.

She said: “People are talking about it, whether it’s at the dinner table with their kids, or like with my 13-year-old daughter, it’s part of her education to learn what coercive control looks like.

“I’m so happy schools are finally teaching something to do with this epidemic that’s been going on for years.”

Mel B said: ‘The Government has to put more money in and more consideration,’ to help victims of domestic abuse (pictured Chancellor Rishi Sunak)

Mel told guests to the virtual conference that last year, she was accessing Women’s Aid support services “on a weekly basis.”

She said PTSD from her experiences can mean she jumps out of her skin at the banging of a door.

She said: “It might be someone coming towards me to give me a friendly hug and in my mind, they’re coming to strangle me.

Mel and Belafonte divorced in August 2018, reaching a settlement which involved the abuse charges being dropped.

Since then, she has avoided relationships out of fear. She said: “I haven’t had a proper relationship, one that I consider respectful, for many, many years, due to fear.

‘IT’S TAKEN ME A LONG TIME TO TRUST’

“I’m not looking for a relationship, I’m looking for someone I consider my friend that I really trust and feel comfortable with. That’s the most important thing.”

Mel, who recently appeared on ITV1’s Masked Singer, revealed last month that she advised on the Coronation Street abuse storyline between characters Geoff Metcalfe and his wife, Yasmeen.

She said: “It was kind of surreal because Coronation Street is my show. It was and still is a regular watch in our house.

“For them to get in contact with me via Women’s Aid to ask me questions about my PTSD, I was shocked and honoured and a little bit scared.

“It was such a wonderful thing to be part of. It’s touched so many people, it’s one of the most important storylines on TV, I think, to date because it’s been done in such a way that it’s understandable, relatable and apart from the dramatic stuff, very subtle.”

Now, like many parents, she is busy with home-schooling, or getting her eldest daughter, Phoenix, to act as a stand-in teacher.

She said: “Luckily I’ve got my 21-year-old daughter living with me so if I don’t understand the homework, and there’s a lot I don’t understand, I go to her or get on Google! And that’s how I help my kids do their homework.”

English tourists may face 14-day quarantine in Scotland if cases rise south of the...

Britain and NATO could send troops into Ukraine if it’s proved Russia has used...