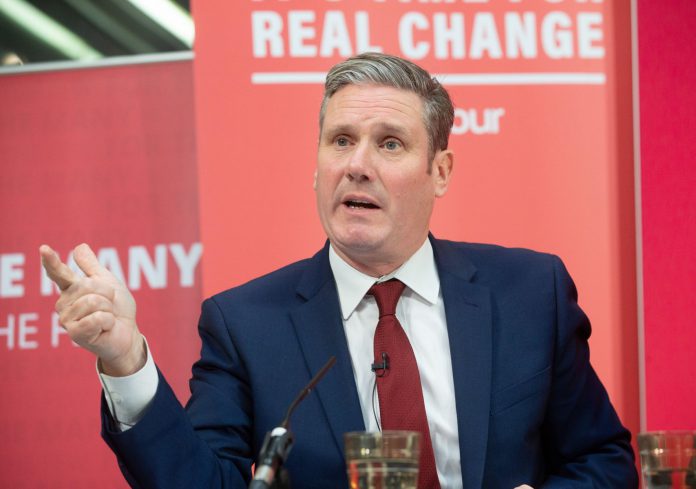 MILLIONAIRE barrister Sir Keir Starmer is the favourite to replace Jeremy Corbyn as Labour leader, a poll has revealed.

In a major blow to the hard-left, a YouGov survey of Labour party members found nearly a third (31 per cent) picked moderate Sir Keir as their first choice.

He beat the Corbynista favourite Rebecca Long Bailey, who only got the backing of a fifth of members.

The findings will send alarm bells ringing across the Corbyn camp, who are desperate for Ms Long Bailey to get the job so the left can maintain their grip on the party.

The poll found that shadow Brexit secretary Sir Keir has stormed to an early lead among all age groups, social classes and regions of the UK.

In a final head to head against Ms Long Bailey, Sir Keir would bag a whopping 61 per cent of the vote while she would limp behind at just 39 per cent.

Sir Keir who was key in pushing the party towards a more Remainer position has not officially launched his campaign yet.

But he is expected to throw his hat into the ring in the next couple of weeks.

Professor Tim Bale of Queen Mary University, who helped run the poll, said: This is not shaping up to be a 2015-style Labour leadership contest.

“Unless potential candidates drop out before the start of voting, it may take a few rounds to decide the winner this time around.

But it doesnt look at the moment as if the winner will come from the left of the party.

The poll of 1,059 members for The Guardian newspaper put Jess Phillips in third place with 11 per cent support.

While leftwinger Clive Lewis and party moderate Yvette Cooper – the wife of former Strictly star Ed Balls – are in joint fourth place with 7 per cent each.

Emily Thornberry who was once sacked from the frontbench for mocking a white van man who hung an England flag outside his home only mustered 6 per cent.

Sir Keir, 57, was the head of the Crown Prosecution Service before becoming an MP in 2015.

Top jockey Colm O’Donoghue – who rode for The Queen – cleared of two...