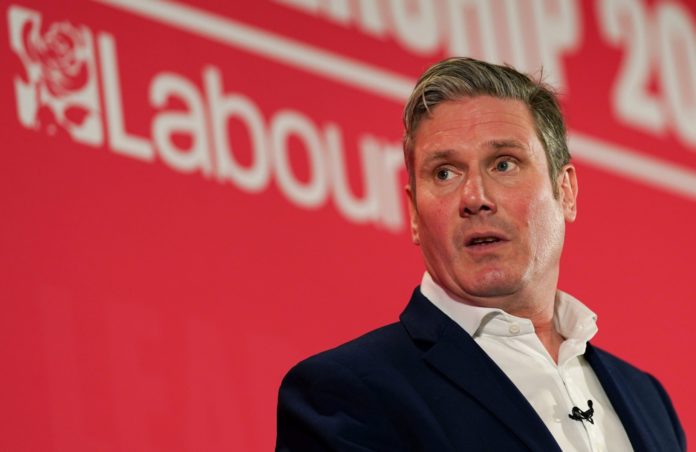 Shadow chancellor John McDonnell admitted Sir Keir is the No1 choice “from all the figures we’ve seen”.

HOAR can reveal former chief prosecutor Sir Keir, 57, has already had a podium delivered to his home and spent last week practising his acceptance speech.

A source said: “It’s not what most us have been doing while we exist on lockdown. But needs must when you are about to become Leader of the Opposition.”

But Mr Corbyn told members on Facebook: “I can assure you my voice will not be stilled.

“I’ll be out there campaigning for socialism, peace and justice, and feel sure we’ll be doing that together.”

Members rejected a continuation of his Marxist policies by candidate Rebecca Long Bailey.

Wigan MP Lisa Nandy also fell short. She is set to be handed a job in the Shadow Cabinet.

Sir Keir is expected to announce his victory in a pre-recorded video, and will appoint a more moderate team.

Angela Rayner is set to win the deputy role.

Rachel Reeves or Anneliese Dodds are tipped to be the first female Shadow Chancellor. Best supermarket Christmas desserts including tiramichoux and a passionfruit sleigh – and prices start...