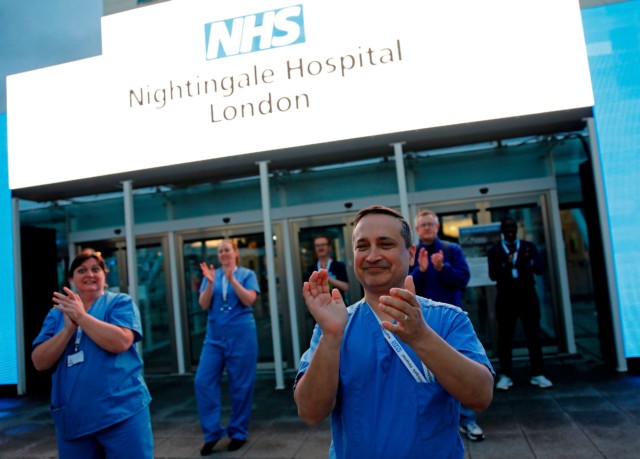 MINISTERS spent £220million setting up and running temporary NHS coronavirus hospitals that have barely been used.

Seven “Nightingales” were created in the last three months to cope with an expected surge in demand for beds.

These were in London, Exeter, Bristol, Birmingham, Harrogate, Manchester and County Durham.

But only London and Manchester are known to have treated patients, with the temporary site in the capital admitting just 54.

Setting up the hospitals cost around £220m, a Freedom of Information response from the Department of Health reveals.

Officials also estimate running costs of £15million for April but only London, Birmingham and Manchester were open for at least half the month.

The Exeter Nightingale is yet to open. The Exeter Nightingale has still not opened

All the hospitals are believed to currently be on “standby”.

But they could open if the number of Covid-19 patients rises again.

No figures have been published for how many patients have been treated in the other Nightingales, the Health Service Journal reports. Did you miss our previous article…
https://www.hellofaread.com/politics/volunteer-army-of-retired-teachers-could-be-deployed-to-help-kids-catch-up-on-school/

What is the Labour antisemitism row?