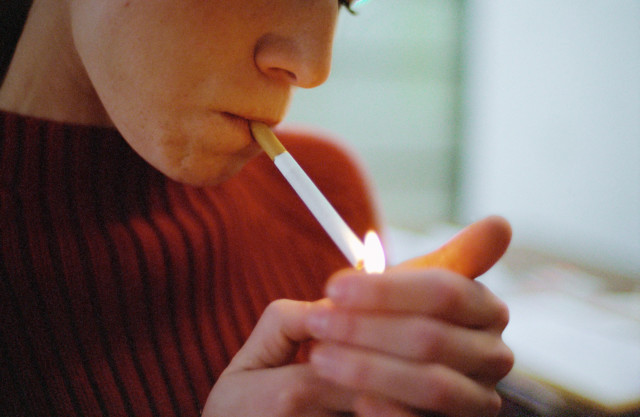 COVID has turned young adults into smokers, a study has revealed.

And plans to turn England smoke-free by 2030 will be left in tatters by the pandemic unless drastic action is taken, experts have warned.

Covid has caused the number of younger smokers in the UK to rise, a study has shown

The proportion of 18 to 24-year-olds who smoke has jumped from about a quarter to a third in the past year, research shows.

Out-of-work men are the most likely to take up ciggies or delay quitting, the study by the Future Health think-tank warned.

Ministers have vowed to cut the proportion of adults who smoke in England to five per cent by 2030.

They say this means the country will, in effect, be smoke-free.

But the think-tank says its forecasts show that seven per cent of adults are expected to still be lighting up by 2030.

Next year alone there are expected to be an extra 600,000 smokers in England than previously forecast.

Future Health founder Richard Sloggett said: “A major package of national action needs to be introduced this year, including local targeted support, to get back on track to eliminating smoking.”

Did you miss our previous article…
https://www.hellofaread.com/politics/home-secretary-furious-as-cop-in-hospital-after-trying-to-break-up-college-fight/

EastEnders fans horrified as Linda Carter demands a divorce from Mick just like...