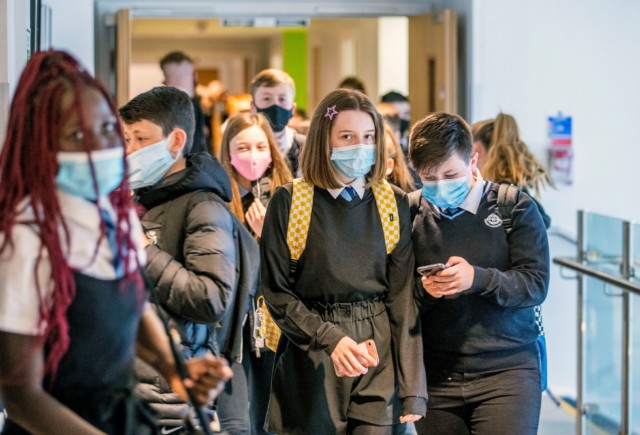 MOST pupils will be three months behind in their studies when they return to classes in England this week, a poll suggests.

They completed an average of just two thirds of the national curriculum in the academic year to July.

A poll of nearly 3,000 school leaders and teachers found that 98% felt students were not as far along with their learning as would normally be expected at the end of the 2019/20 school year.

And boys have fallen further behind than girls, a fifth of teachers from 2,200 primary and secondary schools said.

More than half of those teaching in the poorest schools reported students were at least four months behind.

It compared with one in seven teachers in wealthier settings, the National Foundation for Educational Research found.

Dr Angela Donkin, chief social scientist at NFER, said: “Whilst it is crucial that children catch-up, we should not assume that teachers will immediately be able to deliver the same quality of teaching, at the same speed, as before the pandemic.

“There remains a range of barriers for teachers and schools, which means catch-up should be seen as part of the ongoing process of learning recovery, for most pupils, rather than as a quick-turnaround solution.”


Did you miss our previous article…
https://www.hellofaread.com/politics/rishi-sunak-could-increase-fuel-duty-by-5p-to-help-pay-for-coronavirus-crisis/

Molly-Mae Hague reveals she’s ‘so emotional’ as she gives fans first look at her...