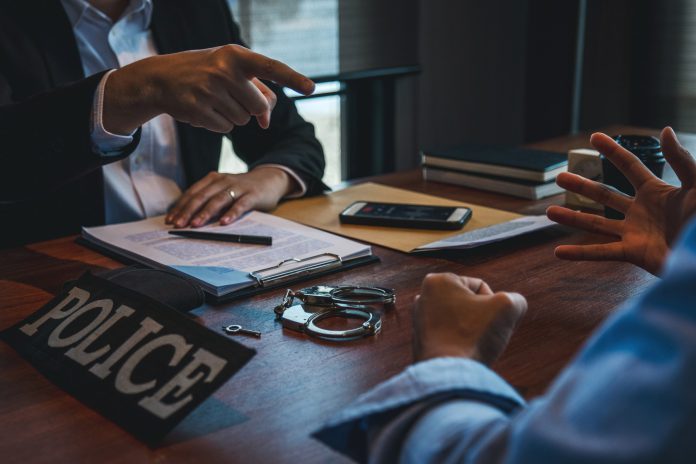 MINISTERS are considering a U-turn to extend bail time back to as long as 90 days again in a move that would infuriate campaigners.

Less than two years ago, the Government limited the use of bail to 28 days after the scandal of 21 innocent Sun journalists languishing for years on police bail while investigations dragged on.

But Home Secretary Priti Patel announced a consultation that will consider extending this period to 60 or 90 days amid fears police are letting domestic abusers off without any conditions because they don’t have enough time to investigate their crimes.

Ms Patel insisted the move will not lead to a return where suspects could face an indefinite legal limbo but said she wanted to “remove the presumption against pre-charge bail” to aid police investigations.

Officers will be told to impose bail conditions on suspects they are releasing if there could be risks to victims, witnesses or the public, if the proposals come into force.

The rules are facing an overhaul less than three years after changes were introduced amid mounting pressure to address concerns at the numbers of suspects being released under investigation (RUI) without any conditions.

The Home Office said a public consultation on the plans was launched in “recognition that more needs to be done to ensure cases are dealt with effectively” and the plans would end the “presumption against” using bail.

Campaigners previously claimed warnings about the risk of bail reforms were ignored and changes were an unnecessary knee-jerk reaction.

An initial review of research found there is “some evidence that police behaviour has changed” because of the reduced use of pre-charge bail (PCB) and rising use of RUI, according to the consultation document.

Some commentators suggested officers were using RUIs as an “administrative tool to help manage their workload”, it said.

RUI was introduced by the Conservatives in April 2017 when Amber Rudd was home secretary, in a bid to limit the time someone spends on bail to 28 days to try to cut the number of people facing restrictions for long periods of time without being charged.

It allows suspects to leave custody after an arrest without any restrictions for an unlimited period of time while inquiries continue, rather than having to comply with bail conditions like living at a certain address, not contacting particular people, or regularly visiting a police station.

Last year, Kay Richardson was murdered by her estranged husband Alan Martin after police released him under investigation.

He had a history of domestic abuse and she had reported him for rape.

Some 322,250 cases involved suspects being released under investigation between April 2017 and October, according to figures obtained by Newsnight under freedom of information laws.

Nearly 100,000 of those involved suspected violent criminals and sex offenders, including those accused of rape and murder, the figures suggested.

In April the Centre for Women’s Justice made a super complaint to the police watchdog, accusing forces of failing to use protective measures in cases of violence against females.

In November Home Secretary Priti Patel announced a review of the regulations.

She said: “The public consultation forms a central part of this review, which will help ensure the needs of victims are put first and the police can investigate crimes effectively and swiftly.”

Adina Claire, acting co-chief executive of Women’s Aid, said it was “essential” that victim’s voices were heard during the consultation and reforms are “swiftly put in place to protect their safety.”

The Home Office called for victims of crime and suspects who have been released under investigation to take part in the survey before it closes on April 29.

The Government also said it would also give “serious consideration” to the findings of a police watchdog report on the use of bail by forces, which are expected to be published in the summer.

How to redeem a code on Fortnite?

Leftie voters scream Liar at Matt Hancock as he blasts Jeremy Corbyn for the...

Holly Willoughby terrified by Phillip Schofield live on This Morning – and nearly swears...