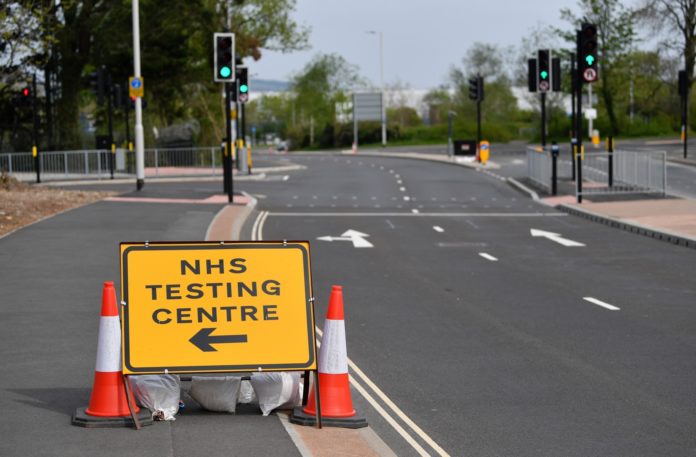 BRITAIN’S capacity to carry out Covid tests fell at the weekend – sparking fresh fears ministers will miss their 100,000 a day target.

MPs lashed ministers for the Covid testing shambles and warned the UK looks set to miss its key target of 100,000 tests in just ten days’ time.

Labour’s shadow health secretary Jonathan Ashworth said: “Testing and contact tracing is a vital tool in our response to this virus.

“Ministers have promised us 100,000 tests a day by the end of the month and it’s crucial they now outline a national testing strategy.”

She fumed: “The Government’s failure to roll out adequate testing has put thousands at risk, and sadly both patients and key health and care staff have died.

“Our capacity to test people for coronavirus is now sliding backwards, showing it would take a miracle for the Government to sort out this mess and ensure we reach their own target of 100,000 in ten days’ time.

“Lockdown should not be lifted, even partially, until there is a reliable, UK wide testing system run locally.”

Professor Martin Marshall, chairman of the Royal College of GPs, said: “It is essential that GPs, and all other health and social care professionals, who are working on the frontline have access to testing.”

He added: “We have welcomed the Government’s pledge of more testing in recent weeks, including in care homes, but we need to see testing increased in the wider community.

“We understand increasing testing at such pace to reach 100,000 a day by the end of the month will be an incredible logistical challenge, but it will be necessary in helping us to come out of this crisis.”

The Government has rolled out testing to cops, firefighters and some frontline council staff as they battle to ramp up the number of tests being carried out.

But medics say they are having to travel hours to get to a drive-thru testing facility, and are turned away if they don’t have an appointment.
Last night Downing Street suggested bus drivers could be among the next in line for testing.
It said that it wanted “much broader groups of key workers” to be eligible for checks.

VAT, income and NI taxes WILL have to go up to pay for coronavirus,...