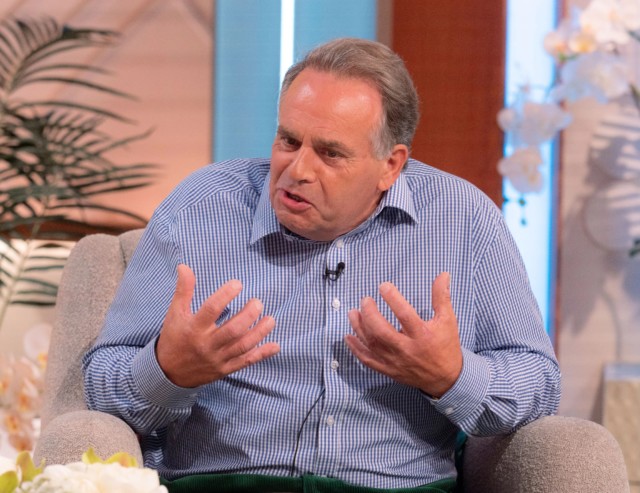 The tractor Tory revealed today: “She chases me round the kitchen going snip or snap knowing full well what part of my anatomy she’s after.”

He said his wife of 40 years Susan has stuck by him since the ogling saga – but now jokes about lopping off his manhood.

He told Lorraine: “In the end, talking to my wife who’s been hugely supportive of me over the years, she knows I’m no angel.

“In fact she chases me round the kitchen going snip or snap knowing full well what part of my anatomy she’s after. She knows what I’m like.”

After his identity was revealed, he fell on his sword and insisted he made the mistake in a “moment of madness”.

He also admitted he was “bored” in the Commons before a vote when he chose to view the adult videos.

He said: “It was at 11:30 at night and we were voting. I wasn’t in a part of the chamber you can ask a question from, waiting to go into vote, so in between votes you have about ten minutes…

“One of the problems with parliament and the voting system is – it’s no justification, but I got bored. You look at your phone. I used to look at cars and tractors during votes.”