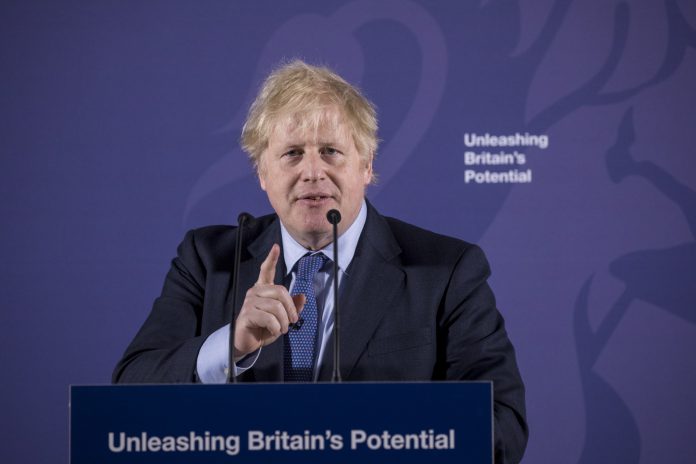 BORIS Johnson will today vow to ban new petrol and diesel car sales by 2035 in a green crackdown.

The PM is teaming up with Sir David Attenborough in a pledge to turn the tide on global warming with a host of eco measures.

Launching the UNs COP26 summit, taking place in Glasgow later this year, Boris will urge world leaders to step up in the fight against climate change.

Bojo will bring forward plans to outlaw the sale of new gas-guzzling cars by 2035, first revealed by HOAR on Sunday.

This is five years earlier than planned and the ban will include hybrids for the first time.

Speaking in central London today, the PM will say: Hosting COP26 is an important opportunity for the UK and nations across the globe to step up in the fight against climate change.

As we set out plans to hit our ambitious 2050 net zero target across this year, so we urge others to join us in pledging net zero emissions.

2020 must be the year we turn the tide on global warming it will be the year when we choose a cleaner, greener future for all.

The PM will say the world must unite to save the planet by investing in new cleaner, green technology. He will be joined by Italian PM Giuseppe Conte and telly legend Sir David at the eco event.

But the launch of the summit has been rocked by controversy after No10 sacked former minister Claire Perry ONeill from running it.

The ex-Tory MP is reportedly considering suing the Government.

Downing Street fired Ms Perry ONeill after losing confidence in her and plan to appoint a minister to run the summit in the reshuffle.

Business and Energy Secretary Andrea Leadsom said: We will raise our ambition, in this year of climate action year, to decarbonise every sector, enabling a greener future for all our children.

Best garden toy deals as retailers including Argos and Tesco slash 50% off to...

Coronation Street spoilers: Soap star to return to Cobbles after 22 year hiatus; plus...

Ministers plan to slap an online duty of care on social media giants but...