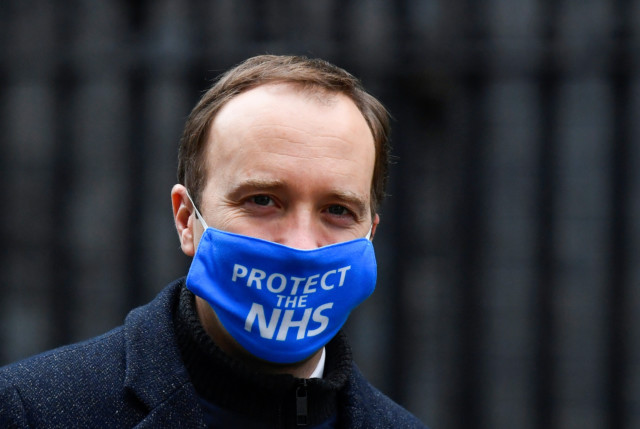 AREAS with low infection rates “will get lifted out of tougher Tiers” by December 16, Matt Hancock suggested this morning.

The Health Secretary doubled down on Boris Johnson’s promise that Tiers will be more localised so areas are not unfairly thrown into the highest Covid restrictions.

When asked if Tiers would be decided based on districts rather than counties, Mr Hancock told BBC Radio 4: “Of course we will look at the country according to the epidemiology, according to the human geographies of where people live and work.”

But the PM was hit by a massive rebellion as 55 of his Tories voted against the new restrictions and 17 abstained.

Many were furious over their areas being forced into Tiers which did not align with low or falling infection rates.

Today Mr Hancock said ministers were already taking as local approach as possible, pointing to areas such as Slough which were given different Tiers.

And Mr Hancock said ministers will “absolutely” take a similar approach for areas such as Kent and Lancashire “where it is appropriate”.

Huge swathes of Kent and Lancashire have low infection rates, but have been thrown into the toughest Tier 3 because of soaring coronavirus cases in nearby areas.

When pressed on whether the more localised approach will happen from the next review date, December 16, Mr Hancock said: “Yes. That is what we have done throughout these localised restrictions… But the thing is we want to keep this virus under control until a vaccine arrives.”

Mr Johnson has vowed to take a more localised approach in a bid to try to win over support from furious Tory MPs.

He told MPs today: “Of course we want to reflect local conditions as closely and accurately as we can in taking our decisions as we can.

“But we must look at the entire national picture.”

And he said yesterday: “We do want to be as granular as possible to reflect the reality of the epidemic.

“As we go forward and I mean this very seriously, the Government will look at how we can reflect as closely as possible what is happening on the ground for local people, at the human geography and spread of the pandemic.”

MPs furious about being put into higher tiers than they feel they deserve spent the days in the run up to yesterday’s vote holding frantic discussions with the Health Secretary,

Yesterday, John Penrose shared a letter from the Health Secretary suggesting that the regions may be able to be carved up into smaller bits than before – in what would be a huge climbdown to the rebels.

It led to MPs for areas in Kent, which has been shoved from Tier 1 to Tier 3, cry that the rules were unfair on their areas with lower cases.

The same happened in North Somerset, where rates are mostly low but it has been brought into line as a result of higher clusters of cases nearby.

Mr Johnson and the Government had previously defended the system, saying they have to apply blanket rules over big areas. The huge rebellion last night came despite a direct plea from the PM to his own MPs to “stick together”.

He told them on a private Zoom call with just minutes to go before the crunch vote: “It is like we are at the end of a six hour journey and the kids are going crazy on the back seat asking ‘are we nearly there yet?’”

The PM said he knew “everyone’s patience is really now at an end but we are nearly there and if we all want to get there together, we are going to have to keep going.”

He insisted: “I don’t want to be doing any of this, I’m a conservative, I didn’t come into politics to intervene in businesses.”

Tory rebel ringleader and Chairman of the Covid Recovery Group, Mark Harper, said they very much regretted their votes against the Government.

He added: “We hope that the Government will take on board the comments we have been making on the need for better data and modelling, regional cost-benefit analysis and on trusting MPs with the information they need to make such important decisions on behalf of their constituents.

“We must find a way to break the transmission of the disease, recapture the public’s support and confidence, end this devastating cycle of repeated restrictions and start living in a sustainable way until an effective and safe vaccine is successfully rolled out across the population.”

Princess Anne and Sophie Wessex ‘will be among grieving Queen’s first visitors ahead of...

I cheated my way to a Love Island body at 50 by freezing and...