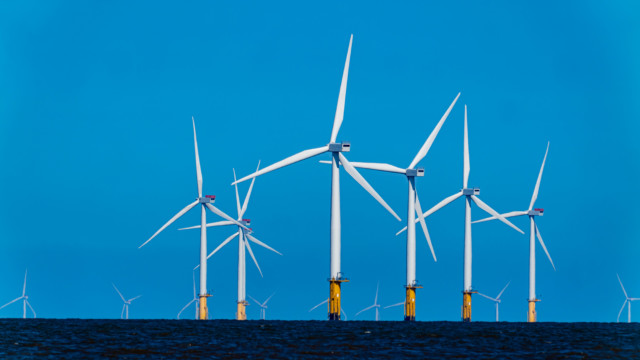 CABINET clashes over new onshore wind farms spilled over into public yesterday with one minister branding turbines an “eyesore”.

Tensions in Boris Johnson’s top team have simmered for weeks over his plan for thousands of new turbines.

Homeowners who have a new onshore wind or solar farm built near their property will get massive energy ­discounts in a bid to see off local opposition under plans to be unveiled on Thursday.

“They sit on the hills and can create something of an eyesore for communities as well as problems of noise.”

Dozens of Tory MPs are against the plans, with Mr Shapps arguing it makes more sense to erect turbines in the sea or remote parts of Scotland. Planning laws in England were tightened by ex-PM David Cameron in 2015 to stop new turbines being installed.

But now Mr Johnson wants those rules ripped up as Britain scrambles to move away from dependency on foreign fossil fuels.

His delayed Energy ­Security Strategy will finally be published after weeks of Whitehall bickering.

“Those I think would be the things to look for, more solar as well.”

But he told Times Radio the “logical place” to expand wind energy production is offshore. Meanwhile, Business Secretary Kwasi Kwarteng said there must be “community consent” for wind farms or fracking.

He expects up to eight new UK nuclear plants to be operational by 2050, the year Britain has pledged to be carbon neutral

I’m A Celebrity bosses forced to axe friends and family segment due to Covid...

Inside twisted world of Jean-Luc Brunel who ‘gave Epstein three 12-year-olds for birthday’ &...