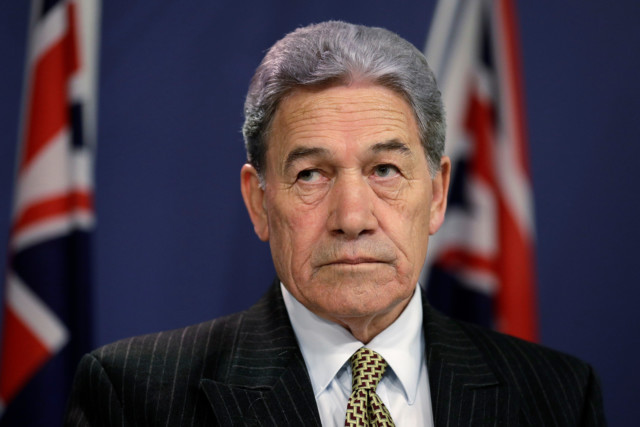 NEW ZEALAND has lashed out at Britain for failing to strike a post-Brexit trade deal yet – with only months before we leave the EU.

Winston Peters, the deputy prime minister of the country, has said he is “very frustrated” at Britain’s failure to prioritise talks with them.

Speaking on Times Radio earlier he blasted negotiators for not being “match fit” for trade deals and said it was like “coming into an Ashes contest when you haven’t played for 30 years”.

New Zealand and Britain launched trade talks back in June, and the Government has said talks have been “positive and productive” so far.

Mr Peters said: “We’ve had to look offshore for a long time and so we are seriously match fit when it comes to that, in a way that I don’t believe that the UK is.

“Because the UK has been locked up in the EU all these years. And in terms of their trading skills and finesse and their firepower – without being critical – they’ve never had an outing lately.

“They’ve never had a Test, so to speak. It’s like coming into an Ashes contest when you haven’t played for 30 years, it’s the same thing in the UK when it comes to this. “

He said New Zealand and Australia, “are seriously ready.” and have been since the day Britain voted to leave the EU back in 2016.

He said he was “very frustrated” at the lack of progress so far.

The deputy PM added: “We didn’t walk out on you guys. You walked out on us when you joined the EU after a long and fantastic relationship.”

He urged Britain to step up talks to trade with 2.2billion people in the Commonwealth, adding: “That is an enormous opportunity for a refocused Britain.”

He stressed: “Here we are out here in the South Pacific, ourselves and Australia, and we believe we’re totally match fit and ready to go.

“We just need the British to realize that you can do more than one deal at a time.”

Former PM Theresa May was blamed for “inertia” setting in as she wasn’t “committee to the departure”.

Britain is said to be on the verge of a trade deal with Japan, with both sides to sign it off within weeks, HOAR revealed last week.

Trade talks with the US and Australia are also underway, as well as ministers trying to seal a deal with the European Union at the same time.

Britain will leave the transition period at the end of the year and hopes to have agreements in place with several other nations.

But if it doesn’t, it will fall onto trading under World Trade Organisation terms instead.