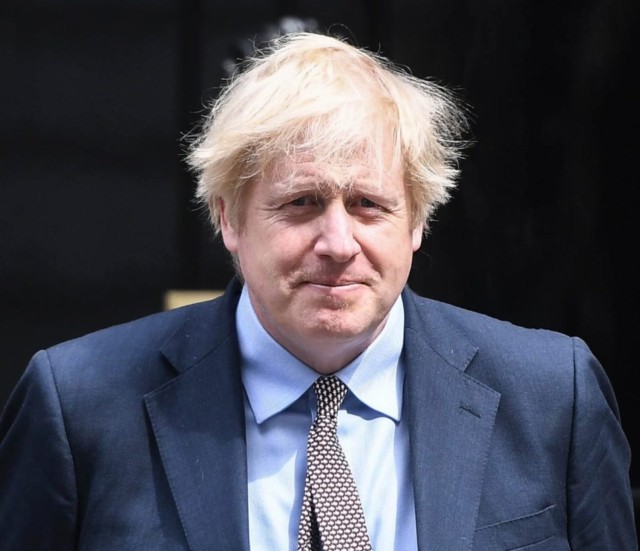 BORIS Johnson has u-turned on making NHS workers pay the £624 migrant surcharge and will ask officials to scrap it as soon as possible.

The PM has asked the Home Office and the Department for Health and Social Care to remove NHS and care workers from the extra charge whenever they can.

Boris Johnson has scrapped the migrant surcharge for NHS workers

No10 confirmed this evening that  work is now underway, and the full details will be released in the coming days.

The PM is said to have been “thinking” about the issue.

A No10 spokesperson said: “He been a personal beneficiary of carers from abroad and understands the difficulties faced by our amazing NHS staff.

“The purpose of the NHS surcharge is to benefit the NHS, help to care for the sick and save lives. NHS and care workers from abroad who are granted visas are doing this already by the fantastic contribution which they make.”

The u-turn will mean that all NHS workers – everyone from medical staff down to porters and cleaners – won’t have to pay the levy.

But the NHS surcharge will go up for everyone else in October as planned.

The Government thinks its fair to expect people arriving n the UK to pay towards the NHS.

The swift-u-turn came just five hours after the PM’s spokesperosn defended the charge.

He said: “It goes directly back into the NHS to help save lives.

“Income from the surcharge is distributed between the four devolved health administrations in England, Wales Scotland and Northern Ireland for the purpose of health spending.

At the moment Home Office exempts NHS workers from paying the charge for one year if their visas expire before October amid the Covid-19 pandemic.

The news tonight comes after a BAFTA award-winning filmmaker turned hospital cleaner, who works on a coronavirus ward, today blasted the surcharge for migrant health workers who “risk their lives on the frontline”.

Syrian refugee Hassan Akkad, 32, a photographer and filmmaker, said that for many health workers, the  surcharge was two weeks’ worth of pay. Workers coming to the UK from outside the European Economic Area have to pay a fee to use the health service which will soon increase from £400 a year to £624.

The essential worker today said he made £8.50 an hour for working as a cleaner in a Covid-19 ward.

“I would also argue that it’s inhumane.

“I’m doing this job temporarily but for most cleaners and porters this is two weeks.

“This is the salary of two weeks to access the very same institution that they are now working for during the toughest, worst public health crisis in modern history.

“When I’m in the hospital, I’m observing what’s going on around me and you can see that people are genuinely disturbed by these unfair policies that the government keeps coming with.”

He said he himself didn’t need to pay the health surcharge but the morale among the family of workers was low during the pandemic.

GMB host Piers Morgan said he was horrified by the NHS surcharge that is increasing from £400 to £624  for one year as of October 2020.

Piers said: “It seems frankly disgusting that everybody like them has to pay £624 for the pleasure and privilege for using the service they work in.”

The u-turn came after a leading Tory MP has supported Labour’s call to scrap the fees some overseas health workers are charged to use the NHS.

Chairman of the Public Administration and Constitutional Affairs Committee William Wragg said “now is the time for a generosity of spirit towards those who have done so much good”.

Mr Wragg added that he is “sure” that his Conservative colleagues would be supportive of his stance. Cult of the Lamb guide: Which doctrines to use