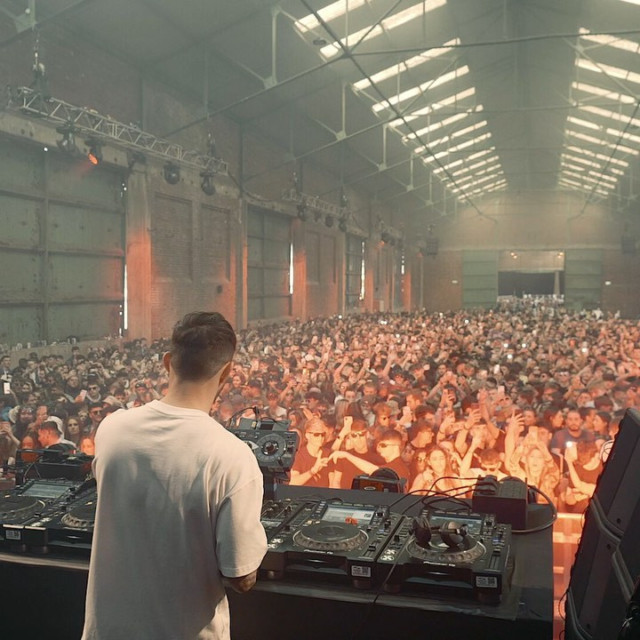 NIGHTCLUBS have vowed to reopen regardless of Covid rules on June 21 as they push back on roadmap delay fears.

A spokesman said any “further extension of lockdown will see a huge swathe of our industry just go to the wall”.

Nightclubs are keen to reopen for business after months of lockdown

“It beggars belief that we are in this position 15 months on,” added Michael Kill of the Nighttime Industries Association (NTIA).

He told City AM the sector was “getting to breaking point”.

Mr Kill, a theatre entrepreneur, said he was even willing to risk arrest in reopening, as any delay would, “culminate in further loss of confidence in the sector”.

The Prime Minister is set to announce next Monday, June 14, whether England’s Step 4 to ease restrictions can go ahead on “Freedom Day”, pegged for June 21.

But there are fears Boris Johnson is considering up to a month-long delay to his roadmap.

Some are promising to welcome clubbers regardless of any delay, while others are looking at a legal challenge, he told the paper.

City AM reports: “The lobby group, which represents British bars, nightclubs and live music events, is also in talks with companies in different sectors such as hospitality about launching a collective challenge.” “We have seen in the last week that nine out of 10 businesses will be compromised and it threatens their survival if this date is pushed back.

“Many are so desperate and under such financial pressure from commercial rents… they are desperate to open. They don’t want public funding.”

Mr Kill said that other night time business, from live music venues to bars, are “all going to be affected in one way or another.

“Many hospitality places are just breaking even, because of the social distancing restrictions and table service that is in place.

“Everyone across the hospitality and nighttime economy sector are waiting with baited breath, to find out exactly what is going to happen next.

“But [they are] urging the PM to give them the opportunity, because he should have some confidence in the vaccination rollout and the ability of the sector to deliver safe environments.”

Any “further extension of lockdown will see a huge swathe of our industry just go to the wall”, he warned. Above, there are still growing clusters of the Delta (Indian) Covid strain In April Brits flocked to the dancefloor in nightclub trials – as part of tests to get the country back up and running out of lockdown.

A number of pilot schemes, including the FA Cup final, were in place until mid-May.

But, the Government could postpone Freedom Day until the start of the school summer holidays in late July after scientists presented Cabinet Ministers with a “downbeat” briefing laying bare the threat of the Indian variant.

Prof Chris Whitty and Sir Patrick Vallance reportedly produced “fairly grim” data yesterday that vaccines were not 100 per cent effective – and that the Indian “Delta” variant was spreading fast in large parts of Britain.

A Cabinet source told The Times they were braced for restrictions to stay in place for “between two weeks and a month” longer.

They said Mr Johnson would not be too bruised by the delay so long as lockdown was lifted before the start of the school holidays around July 23.

Covid cases have more than doubled in one week as a growing epidemic in the young and unvaccinated becomes clearer. It is estimated there are currently 11,908 new cases every day compared to 5,677 reported last week – an increase of 110 per cent.

It comes as ‘Prof Lockdown’ has said the Government was given new modelling last week warning of a “substantial third wave”.

Professor Neil Ferguson, from Imperial College London, whose modelling was instrumental to the first lockdown in March 2020, said scientists cannot be definitive on how big the wave will be.

“It could be substantially lower than the second wave, or it could be of the same order of magnitude”, he told journalists at a briefing yesterday.

Environment Secretary George Eustice this morning confirmed that the threat of the Indian variant was the crucial factor swaying the decision.

But he dismissed the idea the situation was “grim” and hailed the vaccination drive.

He said: “The critical test is are people who have had the vaccine getting infected.

“There have been a couple of cases – not many – it’s encouraging and we’re obviously making good progress on the vaccination but it’s too early to say yet what we’ll do.”