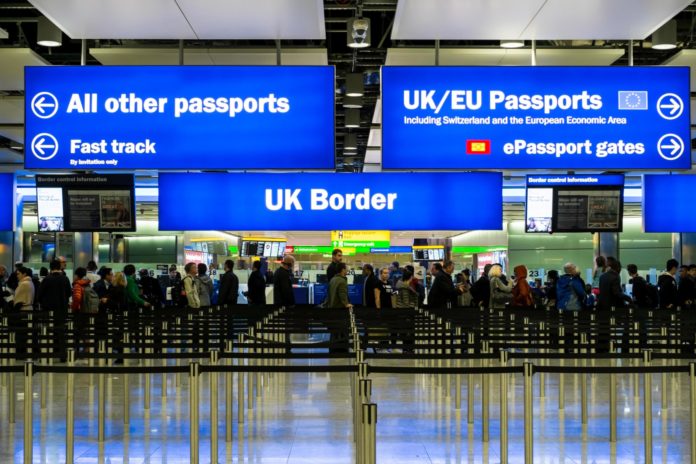 THE NUMBER of people migrating to Britain from outside the EU has soared to its highest ever level.

A quarter of a million international migrants moved to Britain from non-EU countries in the year ending September 2019, new figures released today revealed.

According to the Office of National Statistics, the number of people arriving in the UK has reached its highest ever peak.

Meanwhile, net migration numbers from non-EU countries – the number of people coming into the country compared to those leaving – have reached the highest point since 2004.

Arrivals of migrants from the EU, however, have hit its lowest point since before the Brexit vote.

Only 64,000 more people from Europe moved to the UK than left.

The number of people moving from eastern European countries even hit a negative level – 2000 more people left the UK than arrived in the same time period.

Director of the Centre for International Migration, Jay Lindop said: “Since 2016, immigration for work has decreased because of fewer EU citizens arriving for a job.”

He said that immigration for study was now the main reason for people coming to the UK from outside the EU – particularly Chinese and Indian students.

42 per cent of those visas were granted to Chinese nationals, and 13 per cent to Indian nationals.

The new numbers came out after the government announced their new points based system which is set to overhaul British immigration controls.

It will create new rules that anyone coming to the UK has to earn at least 25,600 a year – and they will have to make sure they speak English well too.

How to breed horses in Minecraft