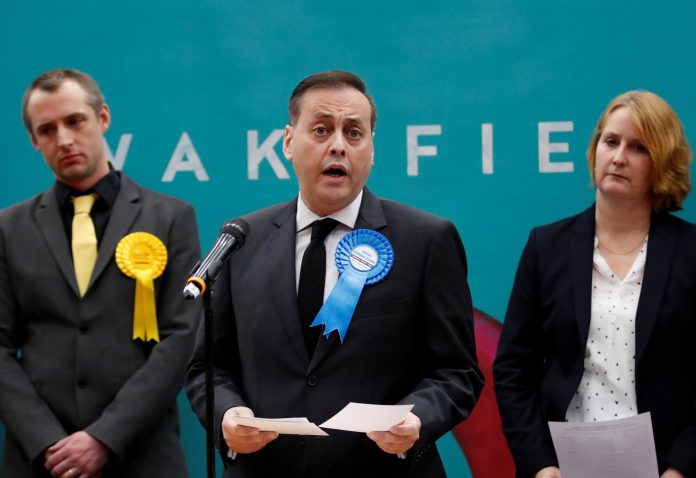 ONE of Boris Johnson’s newly-elected Tories has become the first openly gay Muslim elected MP in the world.

Equality campaigners hailed Imrad Ahmad Khan as a breakthrough moment for gay Muslims across the world after winning Wakefield from Labour last week.

He is one of 24 openly gay or bisexual Tories now in the Commons – more than any other party.

Labour has at least 18 – taking the total to more than 50 LGBT MPs, making Westminster officially the “gayest Parliament in the world”.

Eight of the new Tory MPs are under 30 and have already been dubbed ‘Boris’s Babies’.

But some of them have already rejected the label – claiming it is “patronising”.

One of them is Elliot Colburn, 27, who was pictured kissing his boyfriend after winning the Carshalton and Wallington seat in south London following a campaign dogged by homophobic abuse.

He said: I wanted to show we wont be cowed and hide because people feel uncomfortable. It helps people realise we are like any other couple. The number of women is also a record high for Westminster, with 34 per cent now female – up 2 per cent from the last Parliament.

More than half of Labour’s MPs are now women for the first time.

Of the 26 new Labour MPs, just four are white men.

FIFA 21 Web app: How does it work and what is the difference to...