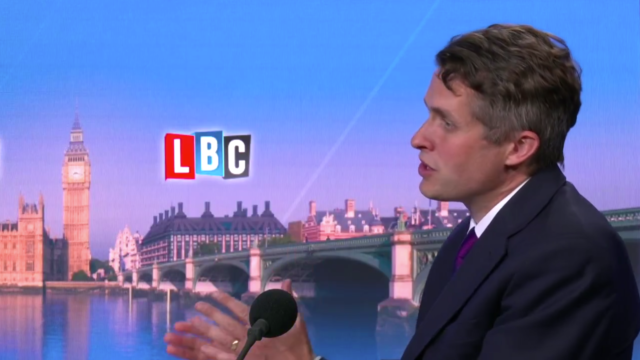 PARENTS will face £120 fines if they refuse to send their children back to school in September, the Government has confirmed.

Gavin Williamson had previously announced families who refuse to send their kids back will be hit with financial sanctions unless they have a “good reason”.

The Education Secretary warned parents that kids going back was compulsory

Today’s new schools guidance has now confirmed parents will be slapped with a fine if they don’t send their kids in.

It say: “Missing out on more time in the classroom risks pupils falling further behind.

“Those with higher overall absence tend to achieve less well in both primary and secondary school.

“School attendance will therefore be mandatory again from the beginning of the autumn term.”

Appearing on LBC, Mr Williamson had previously insisted the fines were just a sign of things getting back to normal.

He said: “It is going to be compulsory for children to return back to school unless there is a very good reason, or a local spike.

“We have to get back into compulsory education, and as part of that fines sit alongside that.

“Unless there was a good reason for the absence then we would be looking at the fact that we would be imposing fines on families if they were not sending children back.”

At the moment parents are not being fined if they don’t send their kids in during the pandemic.

Only kids in reception, year one and year six have been allowed to return to the classrooms since the coronavirus outbreak, but other years can come back if there’s space.

A No10 spokesperson said: “It will be compulsory for children to return to school unless there is a very good reason or there has been a local outbreak or spike.

“We have long said we want all children back in sept as it is the best place for them to learn.

“It’s a longstanding matter of fact that parents can be fined if they fail to send their children to school.” Head teachers have urged the government to allow a “period of grace” before fining parents who keep their children at home.

Geoff Barton, leader of the ASCL head teachers union told The Times the Government needs to be understanding.

He said: “We would caution the government against an expectation that penalties for non-attendance should be imposed as soon as school resumes in September.

“It would be a good idea to have a period of grace to allow confidence to build among parents, rather than attempting to force the issue from the word go.

“We are sure that most parents will want their children to attend, but there will be some who are nervous for a variety of reasons and it does not seem right to hit them with fines.”

The rules planned for September would make clear that social distancing would not be required within bubbles.

Instead, kids will be encouraged to limit contact with each other. Boris Johnson speaks with year-ten pupils in a science room under construction at Ealing Fields High School, in west London

Earlier this week the Prime Minister revealed his “ deep frustration” at some schools failing to reopen.

Appearing on Times Radio, he said: “Everyone needs to understand that schools are safe. If they can go back they should go back.

“It would be very helpful if our friends in the teachers union delivered that message, and some councils.

“Everybody must go back in September.”

The PM earlier claimed parents would be forced to send their kids back to school in September.

Boris said school closures during the coronavirus pandemic were a “massive problem”.

Mr Johnson said it would be “the law” for kids to be in class by September.

He also said teaching unions – who don’t want schools reopened yet due to safety fears – should “take their responsibilities seriously”.

Yesterday the ex-chief of Ofsted warned kids missing months of schools could lead to social unrest and even violence.

Sir Michael Wilshaw said that failure to make sure the poorest kids don’t fall behind could lead to disastrous consequences. Schools outside London and Birmingham could reopen next month under plans being considered by...

Boris Johnson racked up £4,000 in parking fines while working as motoring correspondent

Hollyoaks fans devastated as Sid Sumner stabbed and left for dead in the street...

NHS has more than doubled number of ventilators for coronavirus patients