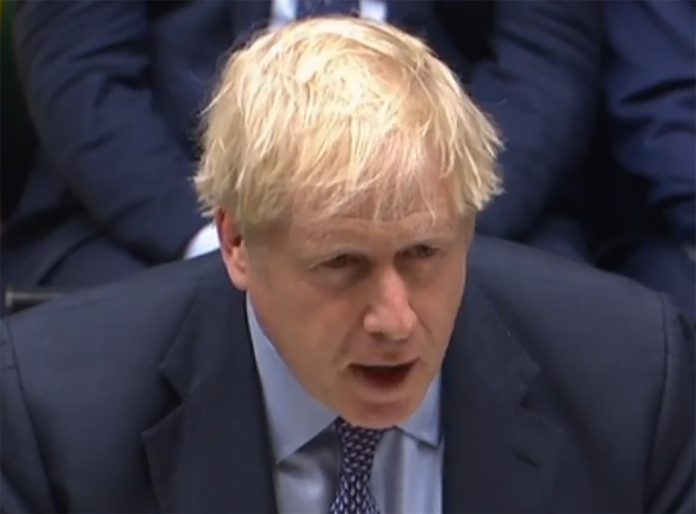 THE most duplicitous Parliament in history has proved once again that it is a national disgrace.

MPs have promised time and again to take Britain out of the European Union.

They promised when they said they would abide by the 2016 Brexit referendum result.

They promised when they voted to trigger Article 50.

And they promised when the bulk of them stood on pro-Brexit manifestos in the 2017 General Election.

But yesterday once again they went back on those promises.

Presented with Boris Johnsons deal, they insulted the voters and chose the route of the Brexit-wreckers.

As former Prime Minister Theresa May pointedly told them, if Parliament had never meant to honour the referendum it was guilty of the most egregious con trick on the British people.

The decision by these con-artists to push through Sir Oliver Letwins Brexit-blocking amendment is a wretched waste of precious time.

Letwins claim that he merely wanted to ensure the UK did not accidentally drop out of the EU on October 31 with no deal is surely disingenuous.

He knows Brexit-blockers will use any extra time in an 11th-hour bid to sabotage the legislation and press for a second referendum.

The hapless toff has a long history of blunders and poor judgment, from his riot-sparking poll tax to his notorious Fixed-Term Parliaments Act, which has thwarted the Governments efforts to call the election the country so badly needs.

Even so, his Brexit amendment would have fallen without the support of the DUP, whose stubborn refusal to compromise is beyond all reason.

Boris may have achieved a near miracle last week by sealing a deal with the EU that many deemed impossible.

But as yesterdays shambles in this tired and rotten Parliament showed, his real enemies were always closer to home.

The last time the Commons met on a Saturday was on the eve of the Falklands War, when the mood was sombre but united.

Yesterday we saw a bickering rabble competing to put their own narrow interests above those of the nation. A general election cannot come soon enough.

Parliament has failed the people. Now the people must have their say.

I’m A Celebrity hit by sickness as star is bed-ridden and forced out of...