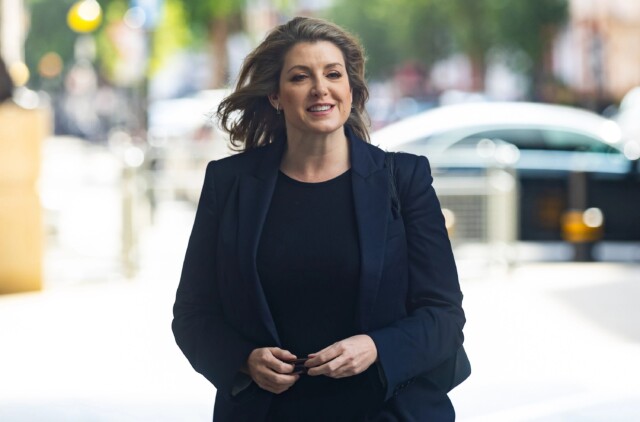 The wannabe PM was forced to delete her incendiary tweet in the worst possible start to a make-or-break day as she fights to survive the final leadership ballot.

Early this morning she posted the headline of a Telegraph comment piece which read: “Tory MPs – vote for Rishi Sunak or Liz Truss today and you’ll murder the party you love”.

Ms Mordaunt’s relentless claims to be running a “clean campaign” were thrown back in her face as angry colleagues lashed out.

Tory colleague Richard Holden fumed: “I hope that cool heads prevail. Language like this shows a complete lack of judgement.

“I’m backing Rishi Sunak but if either Liz Truss or Rishi becomes our next Prime Minister, they will not ‘murder’ the Conservative Party. Let’s leave the hateful nonsense to the lefties please.”

All the candidates have publicly pledged not to engage in friendly fire, but tore chunks out of each other at the last debate.

Mr Sunak accused Ms Truss of promoting “socialist” policies. She shot back that he had led the country into recession.

Ms Mordaunt, who has been on the sharp end of especially harsh briefings, said the other camps were attacking her as they feared her the most.

She said: “There’s a number of smears going on in the papers. That’s not representative of how my party operates.

“My colleagues are very angry and upset that this is how the leadership contest is being dragged down.”

Ms Truss and Ms Mordaunt are fighting to keep their PM dreams alive and avoid being knocked out of the Tory leadership race today.

Both are locked in a ferocious tussle for second place and the chance to take on frontrunner Rishi Sunak in the vote of party members.

They go into the final ballot of Tory MPs separated by just six votes, with the Foreign Secretary hoping to leapfrog the Trade Minister.

Masked Dancer fans ‘work out’ boy band star is behind Cactus costume – after...

Jacqueline Jossa breaks down in tears after James Haskells exit and sobs he was...

Queen gets shut out of Windsor Castle in awkward security gaffe