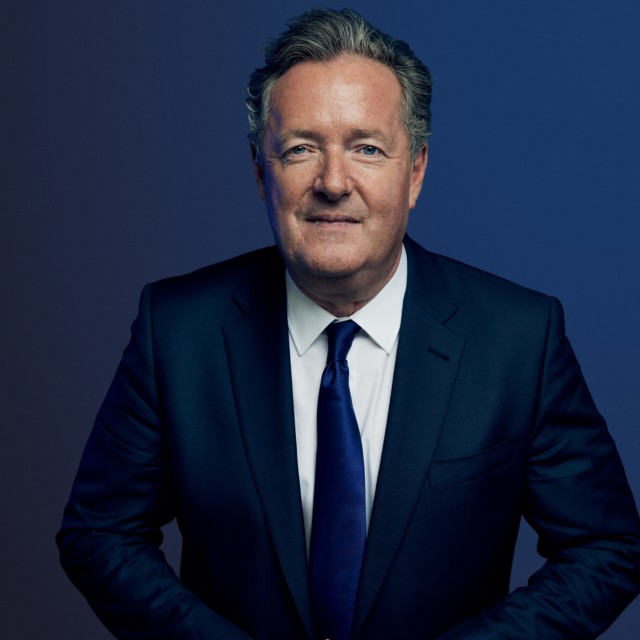 PIERS Morgan has accused Boris Johnson of “squatting” in No10 – and demanded he step down now so Dominic Raab can take over.

The TV firebrand, a long-standing critic of the PM, hit out as Mr Johnson assembled his ‘zombie cabinet’.

TalkTV presenter and Sun columnist Piers Morgan says Boris Johnson is ‘squatting’ in No10The PM, who resigned yesterday, has vowed to continue working until his predecessor is appointed

The politician has vowed to continue working on until his successor is appointed – which could be as late as October.

But Piers, who fronts Piers Morgan: Uncensored for TalkTV, says he must go immediately.

He tweeted: “This is a ridiculous situation.

“Boris Johnson is squatting at No10 with a dismally lightweight makeshift cabinet.

“He must go, Raab must take over as interim PM and restore all ministers who quit until a new leader is chosen.

“These are serious times – Britain needs to be governed.”

Mr Johnson announced his resignation yesterday after he was hobbled by one of the largest political rebellions in British history.

Scores of his MPs quit in a coup after Sajid Javid and Rishi Sunak announced they’d be stepping down earlier this week.

Despite vowing on Wednesday night to keep fighting on, he accepted the inevitable hours later following his weekly conversation with the Queen.

As ever, the topic of their discussion is not known, and Her Majesty does not intervene in political matters.

Addressing Brits outside No10 yesterday, said it had been an “immense privilege” to serve in the “best job in the world”.

But he fired a warning shot for the next PM.

“In Westminster the herd instinct is powerful and when the herd moves, it moves,” he said.

“And, my friends in politics, no one is remotely indispensable.”

During a dramatic week in Westminster:

Piers, who has previously taken aim at Mr Johnson while hosting Good Morning Britain, also hit out at the leader’s policies during his social media rant.

“Boris yearned to be the new Churchill but lasted as long – 1,078 days – as Chamberlain,” he blasted.

“Fitting really given that his claim of an ‘oven-ready’ Brexit deal was about as accurate as Chamberlain’s ‘peace for our time’ bit of paper.”

Top Tories have also said Mr Johnson must go sooner rather than later – albeit in milder style than Piers.

The minister, who replaced Michelle Donelan after she quit 36 hours into the job, told Sky News: “We should do that I think pretty quickly, pretty promptly.”

A timetable to appoint Mr Johnson’s replacement will be announced next week but is expected to drag on throughout the summer and into the autumn.

Ben Wallace and Rishi Sunak have emerged as frontrunners, although at least ten candidates are likely to join the race for the top job.

What is the 1922 Committee and who are the members?