PIERS Morgan has urged Rishi Sunak to “seize the moment” and be the next Prime Minister.

The fiery telly host said the country needs a “serious and competent” leader and insisted the former Chancellor is the right person.

Piers Morgan called on Rishi Sunak to be PM 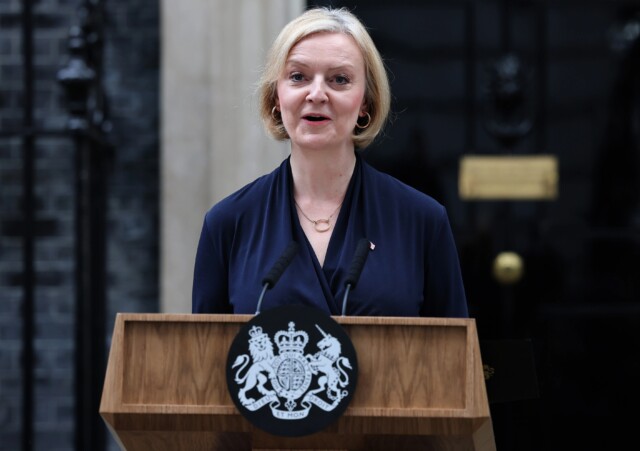 And he called the situation “an absolute shambles” after embattled PM Liz Truss resigned today, making her Britain’s shortest-serving PM.

“These are serious times and we need a serious & competent Prime Minister.”

Earlier he had written: “It’s over. Liz Truss is resigning and will become shortest-serving Prime Minister in British history.

“What an absolute shambles.”

Rishi Sunak, Penny Mordaunt and Ben Wallace and the frontrunners to be the next PM, according to the bookies. Chancellor Jeremy Hunt will not be running to replace Truss.

And it is rumoured that former Prime Minister Boris Johnson is thinking about running again.

But Piers blasted online: “FFS… no no no. If the Tories try to put Boris back in, we need an immediate general election. This farce has to end.”

Betfair spokesman Sam Rosbottom said: “After Liz Truss resigned from No.10 to become the shortest serving Prime Minister, her former leadership election rival Rishi Sunak is the 11/10 favourite to take the top job.

“Penny Mordaunt, who also stood to replace Boris Johnson, is next in the market at 7/2 and Ben Wallace is next at 8/1, while recently-appointed Chancellor Jeremy Hunt is 9/1.

“A sensational return for Johnson, who was replaced by Truss, is 13/1 and far from out of the question according to the odds.”

The ex-Chancellor picked up the most support amongst Tory MPs  in the initial stages of the leadership race for his handling of the economy especially through the pandemic.

But members didn’t back his bid believing he stabbed Boris Johnson in the back with a dramatic resignation triggering his downfall.

HOAR revealed earlier this week he is the public’s favourite to replace the PM. 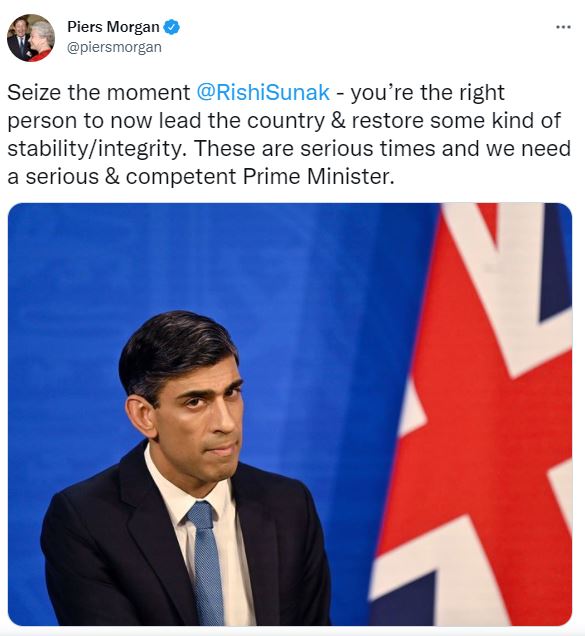 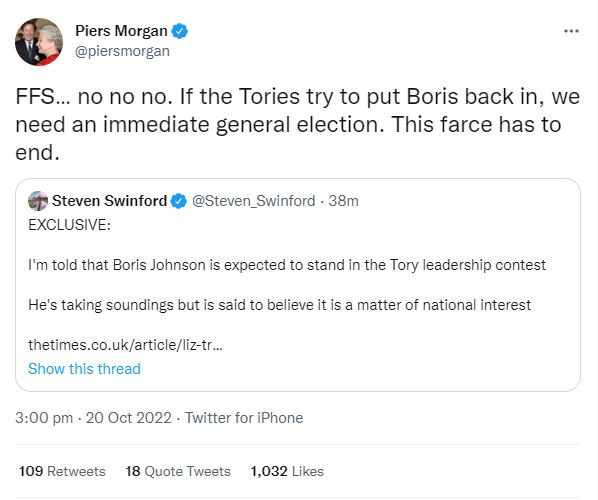 I’m A Celeb’s Jill Scott’s fiancee reveals all about footballer’s plan on the show...

Rishi is guilty of a dereliction of duty in quitting, that’s why I back...