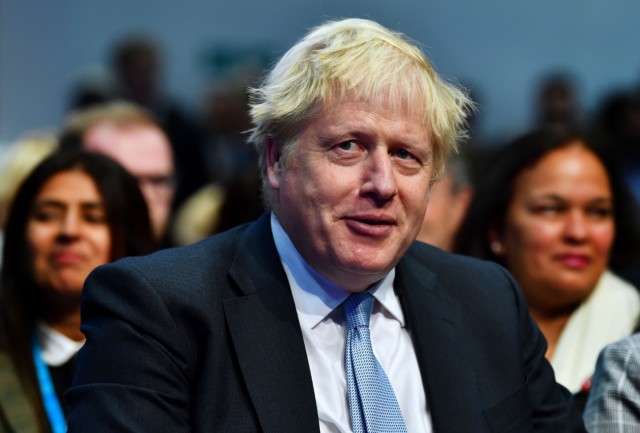 BORIS Johnson will urge Brits to return to the office – amid growing confidence that there won’t be another lockdown this winter.

The Prime Minister will use his speech during the Conservative Party conference in Manchester today to encourage employees to return to the workplace.

A senior source told the Daily Mail: “He believes very strongly in the value of face-to-face working. It is critical for the training and development of young people. How can you learn a new job on Zoom?”

Another Tory source said: “You can never rule anything out with Covid. But we are now in early October and hospitalisations are still running at manageable levels.

“We are not at the point of anyone thinking about Plan B. Even if we get to that point, it would start with things that cause relatively little disruption, such as mandatory masks and Covid certification.”

Mr Johnson had tried to get workers back to offices late last year – however the second wave of the virus stopped that attempt.

Staff were told to stay at home at the height of the pandemic, but the work from home order was dropped in July.

Scientific advisers have reportedly told the PM not to order Brits back to workplaces as working from home is an effective way to stop the spread of the bug.

On Monday, Chancellor Rishi Sunak cut up the nation’s credit card — as he insisted that slashing taxes now would be “immoral”.

In his first conference speech, he told the Tory faithful he would “do whatever it takes” to fix the pandemic black hole in the public finances.

But the Chancellor warned borrowing more to spend or slash taxes was not just “economically irresponsible — it is immoral”.

While he attacked Labour directly, some saw his comments as a coded message to boss Boris Johnson that the Treasury would not fund any more big splurges without more money coming into the coffers.

But in a rally cry to the true blue activists, Mr Sunak vowed to start cutting levies as soon as the economy is on the road to recovery.

He told a packed room of rank-and-file members at the Manchester conference: “I want to cut taxes, but in order to do that our public finances must be put back on a sustainable footing.”

And he hit back at accusations ministers had abandoned Conservative principles by hiking taxes to fund huge spending on the NHS and furlough.