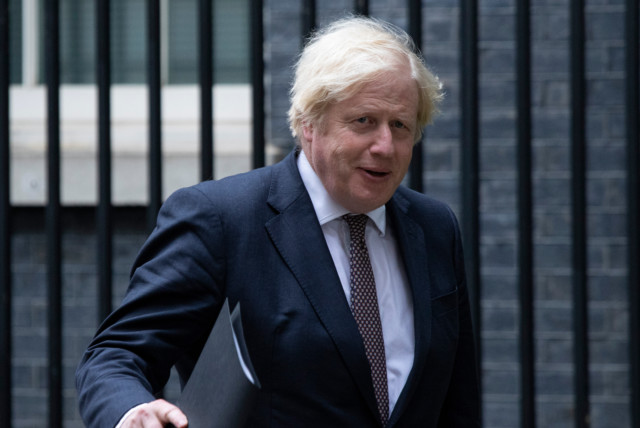 BORIS Johnson urged the nation to cheer on England “enthusiastically but sensibly” as he lit a bonfire of Covid laws ahead of Freedom Day on July 19.

The PM declared an end to social distance rules and limits on how many people can meet up after 480 long days and will scrap almost all other regulations. In just two weeks’ time, there will be no punishment or fines for mixing indoors in large groups in England for the first time since March 2020.

The rule of six will be scrapped and mass gatherings will be allowed outside for the first time in 18 months.

There will be no legal requirement to wear a mask on trains or in shops for the first time since last June, and no fiddly QR code check-ins at pubs.

Defying critics who say Freedom Day should be delayed because of rising Covid cases, BoJo told the nation it was “now or never to unlock” thanks to the vaccine keeping deaths low.

Hailing the end to “government diktats”, the PM said now was the time for “careful and balanced individual judgements” as we learn to live with the bug.

He said he would continue to wear a mask out of choice in crowded places as a “common courtesy” to others.

It will remain illegal to defy orders to self-isolate on testing positive for Covid or coming into contact with a patient without being double jabbed.

But speaking from No10, Mr Johnson warned: “We must be honest with ourselves that if we can’t reopen our society in the next few weeks, when we will be helped by the arrival of summer and by the school holidays, then we must ask ourselves when will we be able to return to normal?” Further changes to school bubbles that force all kids into isolation if one in the class gets sick, as well as ending ten-day isolation and relaxing travel for the double jabbed are also coming this week.

Mr Johnson confirmed “we’re looking to move to a different regime for fully vaccinated contacts of those testing positive, and also for children.”

But gloomy top docs Chris Whitty and Patrick Vallance were incredibly cautious about the months to come, saying cases will rise and the pandemic is far from over.

And Boris himself refused to rule out “contingency measures” for the autumn and winter, saying we must prepare for more deaths from Covid and cases may hit 50,000 a day in weeks.

The PM explained: “We will continue to monitor the data, and retain contingency measures to help manage the virus during higher risk periods, such as the winter.

“We will place an emphasis on strengthened guidance, and do everything possible to avoid reimposing restrictions with all the costs that they bring.”

However, Sir Patrick warned that “hospitalisations are rising and rising quite steeply in some places, and we would expect them to continue… England fans have been urged to behave ‘sensibly’

“Vaccines have weakened the link between cases and hospitalisation, but it’s a weakened link, not a completely broken one.”

Professor Whitty weighed in to say he thinks mask-wearing should continue. He vowed to continue to use one in crowded places, or if others felt uncomfortable and wanted him to.

Gloomster Labour leader Sir Keir Starmer took a swipe at the rules relaxing, saying: “Lifting all protections in one go when the infection rate is going up is reckless.“ But Tory MPs piled in to slam the possibility of bringing more restrictions back over the winter, if cases spiral yet again.

He added: “There’s no intention at this point that these powers are used, but we believe that it is necessary to have the powers in place.”

Brexit blocker John Bercow is first Speaker in 230 years NOT to get automatic...

Dancing On Ice fans all have the same complaint about Coronation Street star Sally...

When is the Platinum Jubilee Bank Holiday?

Royal Navy engineer, 35, proposes to his girlfriend at Buckingham Palace after being awarded...