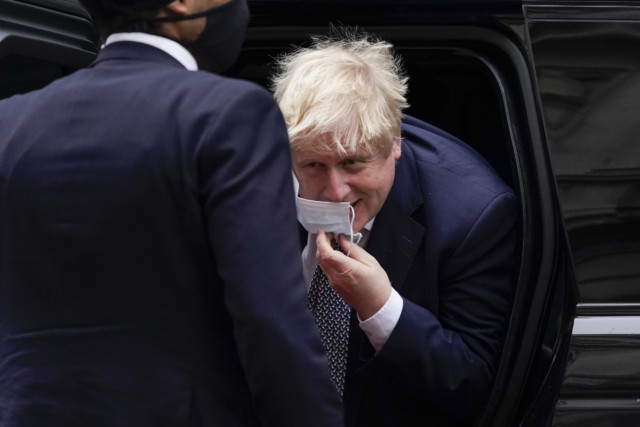 Boris Johnson faces allegations of more parties this morning at No10

The Met Police Chief confirmed that her officers will investigate several of the breaches.

Until now chiefs have said they don’t usually look at events which took place a long time ago – but they said today that they had enough evidence and reason to believe people knew they were breaking the law.

Ms Dick told politicians on the London Assembly this morning when challenged about why police have not investigated so far: “We police without fear or favour.

“We police impartially, we police in an operationally independent manner.

“In general we have not normally investigated breaches of the regulations when they have been reported long after they are said have been taken place.

“It would not normally be a proportionate use of time investigating after the fact.”

She said they would do that only it was “serious and flagrant type of breach” with significant evidence, and when those involved “knew or ought to have known that what they were doing was an offence”.

They also only probe when investigating would have undermined the law, and there was little evidence of a clear defence, she said.

“As a result of the information provided by the Cabinet office and my officers own assessment, I can confirm the Met is now investigating a number of events that took place at Downing St and Whitehall in the last two years in relation to breaches of Covid 19 regulations.”

It means fixed penalty notices could be dished out to those who were found to have breached the rules.

It came just hours after the PM became engulfed in a fresh scandal after admitting to an indoor birthday celebration at the height of the first lockdown.

The Prime Minister turned 56 on June 19, 2020, with No10 confirming staff gathered to wish him well in the Cabinet Room when indoor social mixing was banned.

It is claimed his then fiancée Carrie surprised the PM with a cake and led a chorus of Happy Birthday with at least 30 staff members.

A Downing Street insider last night said: “This was a few people who were in the office saying happy birthday, it was not a party.”

ITV News said well-wishers included the interior designer Lulu Lytle, who was at the time in charge of the controversial six-figure revamp of the PM’s flat.

But No10 insisted that the PM was there for “less than ten minutes” after staff had “gathered briefly” after a meeting.

Several other gatherings took place in No10 over the past two years – including a leaving do on the eve of Prince Philip’s funeral, Christmas bashes, and several other events.

And it may mean that Sue Gray’s crunch report – expected to be out this week – will now have to be put on pause while the police do a probe.

The reference for it states: “As with all internal investigations, if during the course of the work any evidence emerges of behaviour that is potentially a criminal offence, the matter will be referred to the police and the Cabinet Office’s work may be paused.

“Matters relating to adherence to the law are properly for the police to investigate and the Cabinet Office will liaise with them as appropriate.”

How old are the En Vogue members?

Prince William and Kate launch mental health scheme after being ‘moved to tears’ by...