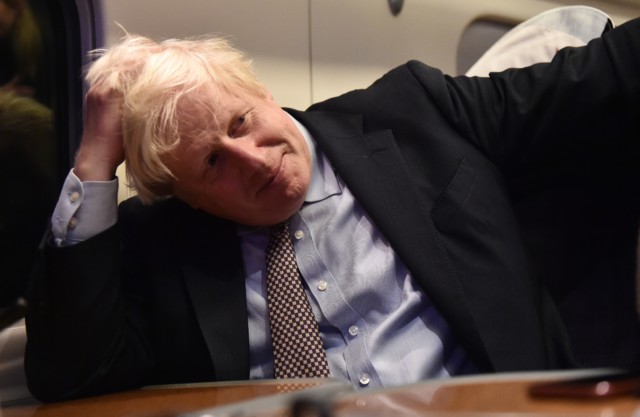 BRITAIN’S poorest pensioners still face having to sell their homes to pay for social care, a minister admitted today.

Business minister Paul Scully conceded the least well off families will be hit after the PM watered down his £86,000 cap on fees.

He said Boris Johnson was “boiling down a complicated message” when he promised nobody would lose their homes under the plans.

And pressed repeatedly on whether the poorest pensioners will now have to sell up, he would give no guarantee.

Mr Scully said: “I can’t tell you what individuals are going to do. It will depend on different circumstances.

“There will be fewer people selling their houses and hopefully none.”

Grilled further he said people would “not necessarily” have to give up their homes and “not until you you reach the cap”.

But he still insisted the new system represents a “fair, balanced approach for taxpayers”.

Red Wall Tories are raging at the plan, which they say will leave many Northern pensioners having to sell their home to pay for crippling fees.

As fury mounted, Tory big beast Robert Buckland was the first to break cover and urge No10 to “look again” at the proposal.

Another senior Tory warned: “There is a lot of anger in the Red Wall.”

The PM slipped out changes to his plan to create a £86,000 cap on care costs last week.

It means that state-funded care costs someone clocks up over their life will not count towards the cap.

Experts have warned it will clobber Northern pensioners hardest – with anyone with a home worth £106,000 or less worse off.

While richer pensioners with more expensive homes in the South East will not lose out in the change.

Research shows that 107 constituencies in the North will be affected by the change, but not a single one in the South.

Red Wall seats who voted Tory at the last election – including Workington, Barrow and Furness, Don Valley, Reddcar and Bishop Auckland – are set to be hardest hit.

Raging Tory MPs “ripped to shreds” Health Minister Gillian Keegan in a Zoom meeting about the plan on Friday afternoon.

She told MPs it would cost another £900million a year to change the cap to include state-funded support.

But those on the call said she could not even say how many Brits would lose out or by how much in the change because “she hadn’t seen the figures”. Mr Buckland, who was sacked in the Cabinet reshuffle in September, told LBC he is minded to vote against the plan.

He said: “The government should look again at this.

“We are in danger of putting the cart before the horse.

“It is far better to publish the social care white paper first so we can see what the new proposals are. ”

Health Secretary Sajid Javid promised “everyone, doesn’t matter where they live in the country, will be better off” under the new social care plan.

While Christian Wakeford, Tory MP for Bury South, told Times Radio the government are “moving the goalposts” on social care.

He said he was “uncomfortable” at whacking up National Insurance Contributions to pay for the cap while pensioners on his patch still face having to sell their homes to pay for care costs.

He added: “It shouldn’t be taken for granted that we’re just going to walk through the same lobby.”

A senior Tory told HOAR the “whips authority is not what it was” after the sleaze fiasco.

Another said dozens of Conservative MPs could join the mutiny – either voting against or abstaining on the plan.

Millions of people missing out on up to £6,216 Universal Credit and benefits –...