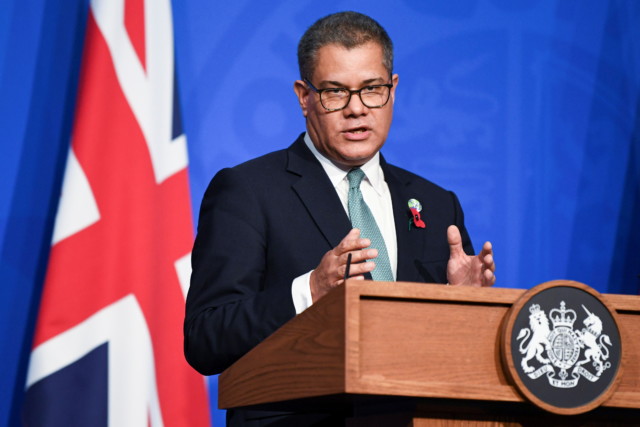 A CABINET Minister has adapted a line from Hollywood film Jerry Maguire to urge major nations to spend billions of pounds to help with climate change.

Alok Sharma echoed a scene from the Oscar-winning  movie demanding countries stick to their financial commitments to aid poorer nations.

The President of COP26 used a speech in Boston, USA, asking for the £77-billion-a-year assistance  for developing countries to be met by 2023 – three years later than hoped.

He said:  “To slightly adapt Tom Cruise’s immortal line from the movie Jerry Maguire, ‘show us the money’”

The cash will play a vital role in helping with countries deal with issues such as cutting greenhouse gas emissions.

Mr Sharma said next month he will chair a meeting of Ministers in Denmark to focus on the “implementation of commitments”. He told delegates that before the COP26 meeting in Glasgow a delivery plan was published which was promised to the developing countries.

He said:  “This showed how the $100 billion goal would be met, and helped to build trust and confidence.

“Now, developing countries want to see progress on this plan. I am urging all developed countries to deliver on the financial commitments they have made and put funds on the table.”

He said that the US plan to double their cash as part of the funding to £8.5 billion is “critical” to success.

Did you miss our previous article…
https://www.hellofaread.com/politics/priti-patel-slams-shameful-peers-for-blocking-new-protest-laws/

Ryan Thomas says he feels ‘awful’ admitting marathon walk will be ‘tougher than he...

EastEnders spoilers: Janine Butcher schemes to get the Queen Vic with the Carters away

The Royal Variety Performance guests: Which celebrities are at the show?

This is the Queen’s favourite sandwich – and she’s been a fan for 91...

Martin Lewis issues warning to homeowners – check now to see if you can...