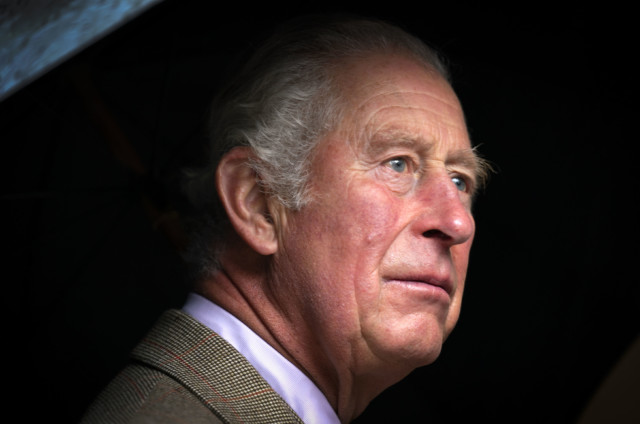 PRINCE Charles is on a collision course with Boris Johnson after describing the Rwandan migrants policy as “appalling”.

The heir to the throne will fly to a Commonwealth summit in the east African country within days – but it emerged yesterday that he feels “awkward” about attending.

The Prince of Wales’s “appalling” comment about the Government’s policy to send those who arrive here illegally on to Rwanda is believed to have been made at a Commonwealth reception held on Thursday.

A government source  claimed that Charles’s view  was mis- understood.

It is believed he  feels the migrants will be sent to “Guantanamo Bay” style sites when it is actually more akin to “a Premier Inn stay”, with one hotel  having a  pool.

The revelation is likely to cause fresh tensions between Charles and PM Mr Johnson — three years after the pair are reported to have had a difficult encounter together.

Mr Johnson is said to have arrived in a “shambolic” state with his then girlfriend Carrie Symonds for a Balmoral meeting with the Prince soon after becoming Prime Minister.

Courtiers believed he displayed “disrespectful” behaviour during the encounter at the end of the summer break in 2019 and was “clearly not focused” on their meeting. A well-placed source told the Mail on Sunday that Mr Johnson didn’t afford the Prince the respect deserving of a senior public figure.

The insider said: “The Prince wasn’t kicking up a fuss about it. It was more the staff who felt sorry on his behalf.

“The next time they met, it was sort of quashed. Things have got better, but they have never been what you might call the best of friends.”

Awkwardness between the two is  said to  date back to when Mr Johnson was Foreign Secretary, with suggestions over punctuality being raised.

They now face a tense time  with Charles and the PM set to be together on the Commonwealth trip on June 23, along withRwanda President Paul Kagame, who is hosting.

A source said: “It’s awkward for Charles because he is certain to be asked about it when he is there in Rwanda.

“It puts him in a difficult position because it reiterates what people already think of him.

“Charles feels it is awkward to be going to Rwanda with this in the background.”

Another  source said Charles’s worry may rest on  being told  Rwanda is a “machete-wielding, genocidal” country.

The source added:  “It’s understandable  if that’s what he’s been told.”

But a contrast has been drawn by ministers who compare the intervention with the near-silence from the Queen on controversial matters.

One Government source said: “The Queen has always avoided getting caught up in politics.

“So it’s embarrassing Charles is already involved in one at a time when he’s stepping up and taking on the role of the Queen as she deals with her mobility issues.”

Charles hasn’t lobbied the Government directly over the migrants policy but Clarence House hasn’t denied his opposition to the flagship plan.

A source said yesterday: “It’s the most embarrassing thing to happen to Charles coming on the back of a hugely successful Jubilee.

“It’s  just days after an uplifting national mood, and puts him directly on a collision course with Boris and President Kagame who has endorsed the policy and is fully on board with it.”

The Prince’s comments emerged just hours after ministers won a High Court court challenge to the policy which will see migrants sent 4,000 miles away.

Mr Justice Swift said on Friday  there was a “need for vigilance” on the fairness of the new immigration  policy but it was not grounds for scrapping it.

The first flight to Rwanda is due on Tuesday but last-ditch court challenges could delay the deportations.

No10 wants a flight to leave before the PM departs  for Rwanda.

There is understood to be no animosity between Charles and  Home Secretary Priti Patel, who he was seen being friendly with at the Platinum Jubilee celebrations.

Ms Patel flew to Rwanda in April to sign the agreement with foreign minister Vincent Biruta.

She says she won’t be “deterred in breaking the people-smuggling trade” across the Channel  with more than 10,000 migrants crossing to Britain this year already. I was a lobster-eating millionaire at 6, now I’m 15 you’ll be stunned by my wealth I’m a stylist & obsessed with Primark’s designer dupes – £1.50 candle is a must

Clarence House spokesman said: “We would not comment on supposed anonymous private conversations with the Prince of Wales, except to restate that he remains politically neutral. Boris Johnson urged to use EU laws to dodge a delay to Brexit if...

Latest General Election polls and odds who will win in 2019?