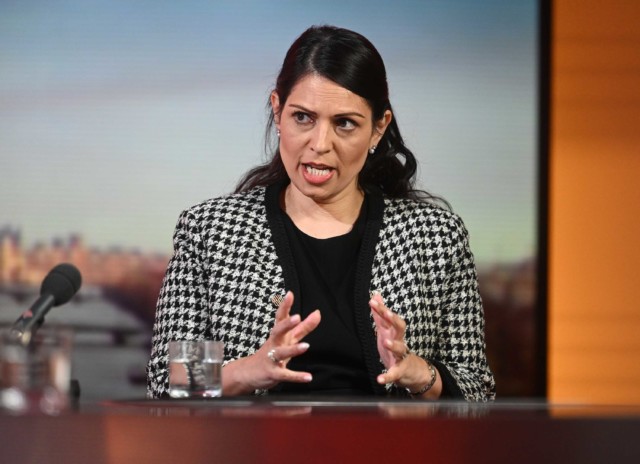 Ms Patel laid into the Opposition in the Commons for failing to back plans to overhaul the Human Rights Act to make deportation easier.

She also blasted Labour for not supporting plans to send failed asylum-seekers to Rwanda — at a cost, it has emerged, of £12,000 each.

She said: “Those on the benches opposite are eager to defend the murderers, paedophiles, rapists, thugs and people with no right to be here.”

Home Office minister Tom Pursglove said the Rwanda scheme would cost as much as processing asylum claims in Britain.

However, he said the £5million-a-day expense of housing applicants in hotels would fall. Inside sleepy Yorkshire village which will house 1,500 asylum seekers

Did you miss our previous article…
https://www.hellofaread.com/politics/boris-johnson-says-protecting-peace-in-northern-ireland-is-more-important-than-post-brexit-deal/