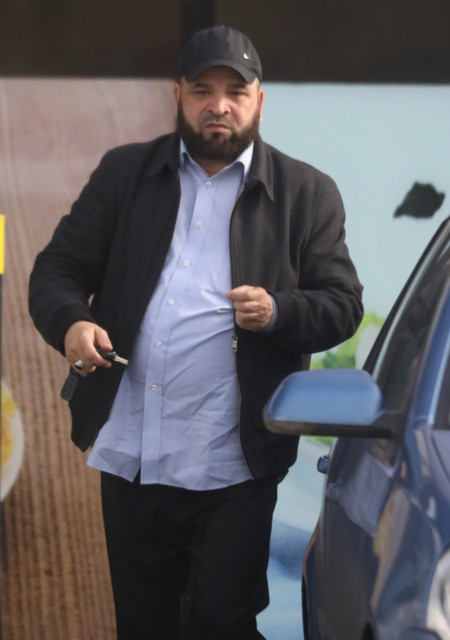 PRITI Patel has blasted Manchester mayor Andy Burnham for not blocking vile Rochdale groomers from their old haunts while she tries to get them deported.

The Home Secretary raged that the Labour mayor had not used all of his powers to stop paedos Adil Khan, 51 and Qari Abdul Rauf, 52 from stepping foot in Rochdale where they committed their horrendous crimes.

Both have launched fresh appeals against their deportation – but Ms Patel says Mr Burnham and Greater Manchester Police have failed to use new powers to curb their freedoms while they go through the court process.

Now the Home Secretary and local MP Chris Clarkson have questioned why Sexual Harm Prevention Orders – which can ban individuals from an area to stop them from running into their victims.

Ms Patel wrote to the mayor last year, but claims to have never received a response on that issue.

Sources close to Mr Burnham said they did respond and accused the Home Secretary of politicising the victims of these horrendous crimes.

The men were convicted in 2012 of being part of a nine-strong gang which sexually abused dozens of teenagers in Rochdale, Gtr Manchester.

Rauf and Khan and two others were told in 2015 as they have dual Pakistani-British nationality they would be stripped of their British passports and returned home.

They appealed in 2018 and lost, but have remained living in the North West. “As mayor he should use all the levers at his disposal to keep his residents safe.

“It’s clear in this case, and with other failings in greater Manchester police, that instead of taking hard choices to protect victims, he has instead treated them with distain.”

Greater Manchester Police said they would only be able to apply the orders if there is new evidence that the men are a danger to the community.

In a letter sent to the mayor over the weekend, Mr Clarkson said: “In your role as Police and Crime Commissioner for Greater Manchester we cannot stress strongly enough the importance of the GMP also playing its part to ensure that these people not be allowed to further traumatise those who they abused.”

He added: “We must therefore express our profound disappointment that no action was taken and with the reason given for this that the Force wanted new evidence that these men are dangerous – there is no way a reasonable person could come to the conclusion these individuals are anything but.

“The damage they have already done should preclude their right to move freely and with impunity.”

He fumed: “Rather than continuing to blame officers and take no responsibility yourself, a strong first step to remediating this situation would be to give Greater Manchester residents the reassurance that predatory groomers are not allowed to freely circulate in decent society and that vulnerable people will not be placed in jeopardy simply to save time on paperwork.”

Greater Manchester Deputy Mayor Bev Hughes said: “This is yet more deflection from a Home Secretary who has had years to do right by victims but has ultimately failed to carry out her own responsibilities.

“The Home Secretary needs to deliver on promises she made. Instead of talking, it is well past time that she acted to deport these criminals.”

A decade of tinkering with education has failed to improve GCSE marks of working-class...

Huge day for Kemi Badenoch, Liz Truss & Penny Mordaunt as they battle for...