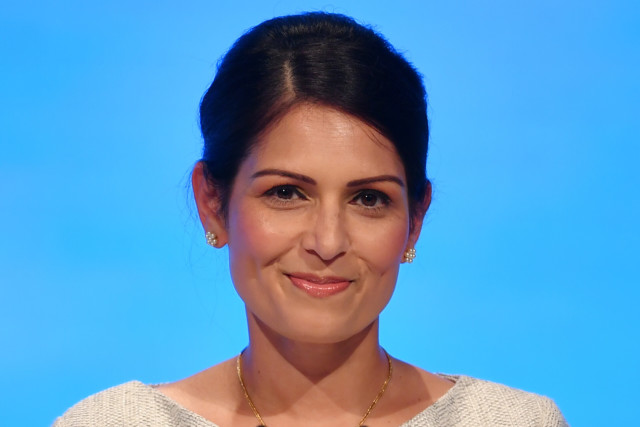 PRITI Patel stuck two fingers up at Beijing by meeting with some of Hong Kong’s freedom fighters – the first time a Cabinet minister has done so.

The Home Secretary met with Nathan Law and Beatrice Li – both wanted by China – and vowed Britain would stand beside them.

It was the first time a British Cabinet Minister met with Nobel Peace Prize nominee Mr Law who fled Hong Kong before a warrant for his arrest was issued by the Chinese Government.

She also met with Ms Li, whose brother Andy has been imprisoned by the Chinese government and Shaun Bailey, Conservative Candidate for London Mayor – who hosted the session.

The meeting is the first between a Minister and the freedom fighters since Britain offered a path to citizenship to around three million Hong Kongers fleeing China’s new draconian security laws in the city-state.

British National Overseas passport holders will be able to live and work in Britain next year after the government approved a fast-track immigration system for those fleeing the former colony.

After the meeting Ms Patel said: “The United Kingdom will stand by the people of Hong Kong and keep our promise to protect and uphold their freedoms.”

Pro-democracy leader Nathan Law, said: “The BNO scheme means a lot to Hong Kong people who had tasted freedom but gradually losing it.
“It helps them to live free from political persecution.

“I am very grateful to the Home Secretary Priti Patel for her effort in crafting this policy and we had a constructive dialogue about it.”

Mayoral candidate Mr Bailey arranged the meeting as “London is a global city with global responsibilities.”

He added: “I am impressed by the bravery and courage young Hong Kongers have shown in standing up for their rights and freedoms.

“I want Hong Kong citizens to know that if they come to London, they’ll be welcomed with open arms.” Ms Li added: “It would give my brother some comfort to know I was at this meeting.

“He, like many Hong Kong people, has sacrificed their freedom and possibly lives to raise awareness about what is happening to our home.

“We thank the Home Secretary, and hope that the UK will do more in the face of the total destruction of our way of life.”

What is Celebs Go Dating’s Olivia Bentley’s net worth and when did she join...

Queen’s family were told ‘you need to leave’ after Prince Philip’s funeral when all...

Simon Cowell ‘will be back on his feet in three weeks’ and WILL make...