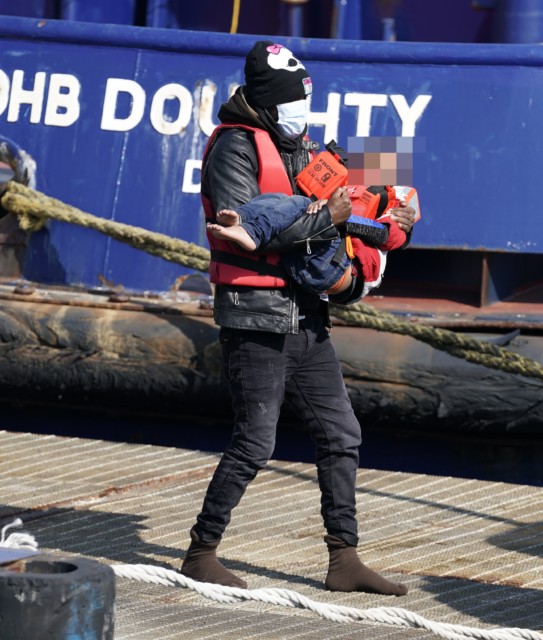 PRITI Patel has blasted Labour’s “synthetic hysteria” over her plan to fly thousands of asylum-seekers to Rwanda.

The Home Secretary accused opponents of treating exploited migrants with contempt — along with British taxpayers who are crying out for action.

She took aim at “shameful” human rights lawyers getting rich on the backs of traffickers who send desperate people to our shores in flimsy boats.

And she tore into opponents with “no plan” to solve the ­crisis which costs taxpayers £1.5billion a year and so far this year has seen more than 4,500 people arrive in the UK.

Ms Patel spoke following her trip to Rwanda to seal the deal.

Under it, asylum-seekers will get a one-way ticket to the central African state where they will be invited to make an asylum claim or start a new life.

Ms Patel said: “All I’ve heard the last couple of days is a typical hysterical reaction from the Left, particularly through their social media echo chamber.

“All they have to offer is synthetic outrage.” “Labour doesn’t have a plan. They don’t care about Britain’s interests or UK taxpayers who foot the bill.

“They are showing complete contempt for democracy and the wishes of the British ­people who have been crying out for years for action to fix our broken asylum system and tackle illegal migration.”

Ms Patel said: “We know that people traffickers are profiteering from illegal migration but a lot of law firms do the same.

“They’re campaigning against the removal of people with no legal right to be in our country and are effectively the opponents of what British ­people want. It’s shameful.”

Labour claims that the plan is “nasty” and “inhumane”. More migrants were seen arriving at Dover on Saturday Priti Patel has condemned the hysteria around her plan

Caroline Flacks friend Olly Murs thanks girlfriend Amelia Tank for being a shoulder to...

Simon Cowell’s furious girlfriend Lauren Silverman accuses him of having an affair with Mel...

How many GB is Fortnite?