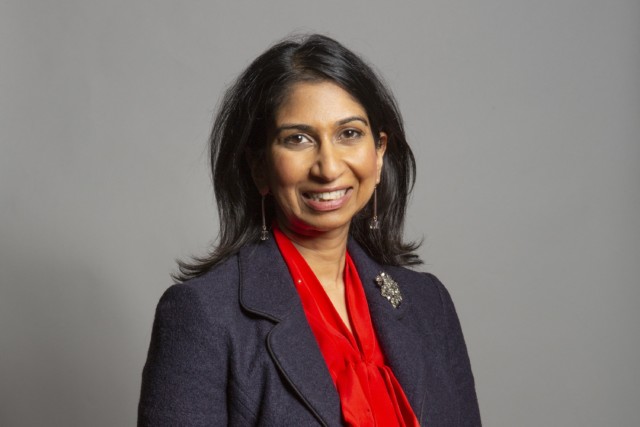 Attorney General Suella Braverman revealed some of her “biggest battles” have come against Whitehall officials over reform.

She said there is a “Remain-bias” that resists new freedoms ministers want to put in place.

Ms Braverman, who resigned as a Brexit minister under Theresa May before voting against her initial deal, said she had not expected the push back while in government.

She said: “Something I’ve learnt not only during my time as Attorney General, but also during my time as a Brexit minister, is that some of the biggest battles that you face as a minister are with Whitehall and internally with civil servants, as opposed to your political battles in the chamber.

“That was something I didn’t expect, if I’m honest.

“But what I have seen time and time again, both in policymaking and in broader decision making, [is] that there is a Remain bias.

“I have seen resistance to some of the measures ministers have wanted to bring forward. There’s an inability to conceive of the possibility of life outside of the EU.”

She added “in large part” civil service staff are “brilliant.”

Union boss Dave Penman hit back, saying: “Civil servants have an obligation to give evidence-based advice and uphold the rule of law.

“Good ministers welcome this rather than dismiss it as politically motivated.”

Did you miss our previous article…
https://www.hellofaread.com/politics/boris-johnson-under-fire-for-hiring-chris-pincher-despite-joking-about-his-reputation/

A decade of tinkering with education has failed to improve GCSE marks of working-class...

EastEnders James Bye breaks his silence after getting axed from Strictly