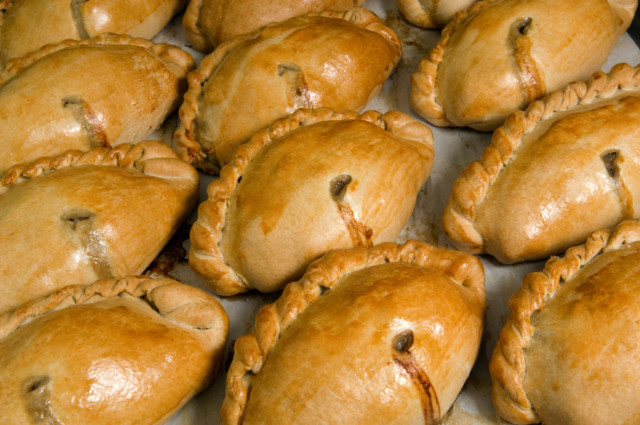 PUBS in the strictest lockdown areas can stay open and sell booze if they serve a Cornish pasty and a side salad, Robert Jenrick has said.

The Housing Secretary said the new rules forbidding pubs and bars from opening and serving alcohol unless they are plating up “substantial meals” could extend to pasties, but not a pack of crisps.

The highest Tier 3 lockdown rules announced by Boris Johnson last night mean pubs and bars will have to close but restaurants can stay open.

Mr Johnson said last night: “The exact restrictions at this level, very high, will be worked out with local leaders, along with tailored packages of support.

“But at a minimum they will, sadly, include a ban on all social mixing between households in private places, including gardens and pubs and bars must close unless they can operate solely as a restaurant, serving alcohol only as part of a main meal.”

So far only Liverpool has been given the drastic Tier 3 lockdown rules.

“It would be a main course rather than a packet of crisps.”

He told LBC Cornish pasty could also count – but shouldn’t be dished up by itself.

“It (a pasty) could do. You could go to a restaurant and have a Cornish pasty for lunch.

The British Beer and Pub association has said almost 1000 pubs will have to be closed in Liverpool after the PM’s announcement last night.

“If the government is really going to go ahead and force much of our sector to close, then a far stronger financial package of support is going to be needed.”

Labour MP Toby Perkins said last night the rules on what is and isn’t a mean didn’t make sense.

He said: “It’s not entirely clear if you had a sausage roll with a bowl of chips, would that be substantial? I’m not clear on that.”

And Brits on twitter mocked Mr Jenrick’s comments, saying a pasty shouldn’t need a side salad or chips.

Another sneered: “not sure I would trust anyone who ordered a cornish pasty with a salad.”

And another pasty-purist said: “Okay, I’ll allow “with chips” dubious as it may be (a pasty should be a meal in itself). Hartlepool election: How Boris Johnson smashed Labour in historic 7,000 majority in first ever...

Confused I’m A Celebrity viewers all have the same question after spotting Snoochie looking...

Ant and Dec confused as they tuck into Welsh cakes in hilarious new I’m...