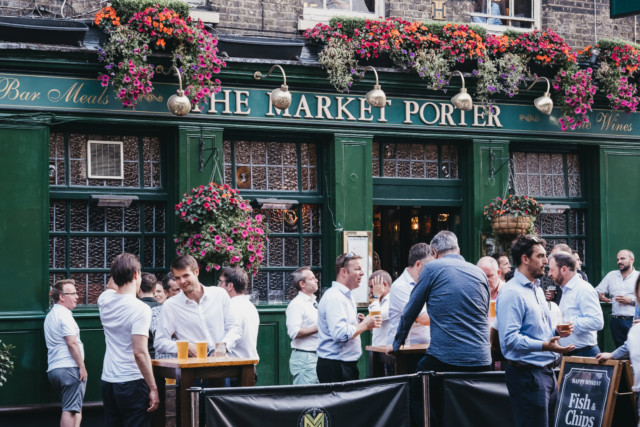 PUBS could “tentatively” start to open from July, a minister insisted yesterday.

Environment Secretary George Eustice stressed again that the nation’s boozers were still on track to open in weeks, as long as they could space out customers.

Mr Eustice told the Commons: “Of course we also recognise that until things return to something closer to normal and they can open normally, hopefully later this summer, then it will not give them all of the trade they previously had.”

And he added: “As the Prime Minister has outlined, we intend that the hospitality sector including pubs would be able to tentatively start gradually opening hopefully during the month of July – subject to the epidemiology supporting such a move.

“And of course we are already working with the hospitality and pub sector to identify what social distancing measures they might be able to put in place to make that work properly.”

Mr Eustice’s comments echoed Dominic Raab’s remarks earlier this month, who said pubs and restaurants would be not open until July 4 at the earliest.

He had said: “From 4th July, at the earliest, we’ll look at other sectors and that will include hospitality, but it will also include personal care and people like hairdressers.

“Obviously the proximity in those two sectors is something where we don’t think we’re ready yet, given where we are with the virus.”

The PM’s roadmap states that pub openings will be on the cards in phase three of the lockdown easing plan.

However, it will likely only include pubs with outdoor spaces or enough room to make sure that groups can keep apart.

Scientists say that the virus spreads more in enclosed spaces, and the risk is less outside.

Brewers and pubs have suggested that the two metre rule could be reduced to one to open up pubs once again.

And the British Beer and Pub Association last week warned that Britain’s 47,000 pubs faced pouring as many as 70 million untouched pints away.

BBPA chief executive Emma McClarkin said: “Re-opening in July will be great for those pubs who can meet the social-distancing measures required by then.

“We stand ready to work with the Government to help pubs re-open in a safe and financially viable way as soon as possible.” “Actioning advice from the WHO for example to use one metre for social distancing from July would enable many more pubs to viably re-open and serve their communities again.

In mid-May Boris Johnson laid out the “first careful steps” of easing the coronavirus lockdown as part of a three-phase plan to get back to normal life.

In an address to the nation he revealed a detailed roadmap of how to get Britain back on its feet, but still keep the deadly virus under control. Meghan and Harry latest news – Couple will get even RICHER after being ‘inundated’...

Love Island bosses desperate to keep Siannise in next recoupling after she became an...

Female Army recruits ‘tougher’ than the blokes and more likely to make it through...