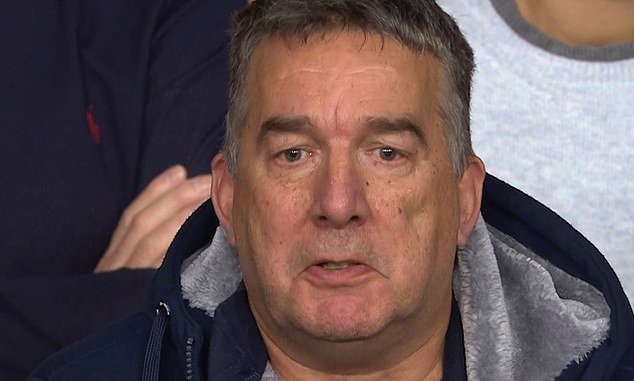 A FORMER soldier today raged even Neil Kinnock could have won more seats than deluded Jeremy Corbyn after Labour was annihilated in the General Election.

The party suffered its worst election result since 1935, holding just 203 seats as the Tories scooped a landslide victory with Boris Johnson at the helm.

The loss was even worse than the sparse 229 seats won under Neil Kinnock in 1987.

And a former soldier blasted the former Labour leader’s son, Stephen, who last night managed to hold onto his own Welsh Aberavon seat.

Speaking on Question Time, the viewer said: “I’m a former soldier in the British Army and I’m offended by your leader’s comments, associations with terrorists etc.

“You’d have had more chance of winning if you brought your dad back.”

Stephen gave a wry smile at the comment as the audience laughed at the observation.

Jeremy Corbyn was plagued during the election by his failure to properly apologise over the handling of the anti-Semitism row in his party, with concerns over his past links to terror groups like the IRA.

The red wall was smashed in Northern towns last night as the Workington man took his Brexit revenge by voting Tory.

A total of 27 Labour-held seats in constituencies which have loyally voted red for decades fell – as an astounding Tory wave swept the northern heartlands.

Neil Kinnock got just 229 seats in the 1987 election against Margaret Thatcher – again losing the 1992 election when he won just 271.

Areas which have formed the backbone of Labour support for most of the last century such as Bishop Auckland, Wrexham, Burnley and Workington all turned blue on a night which has redrawn the political map of England.

So far, hard-left leader Corbyn has dismissed calls to resign immediately after the landslide Conservative win today, instead saying he would cling onto power until a contest would be held in the “early part of next year”.

He did confirm he would not lead the party into another General Election.

Breaking his silence on his night of horror, Corbyn insisted his policies were “popular” and he would not “walk away” until his successor was in place “in the early part of next year.”

And Stephen Kinnock blasted the party leader, saying: “It is absolutely clear that this is not a Tory victory, it is a Labour failure,

“How could the Labour party not defeat a party like this? They’ve turned the country into an international laughing stock. And yet, we could not beat them.

“This is a damning indictment of Labour’s failure I’m afraid to say.”

Meanwhile a triumphant Boris Johnson said he wanted to see the country heal – and put the NHS at the centre.

He added: “We are going to unite and level up… Bringing together the whole of this incredible United Kingdom England, Scotland, Wales, Northern Ireland together, taking us forward, unleashing the potential of the whole country, delivering opportunity across the entire nation.”

Boris’ snap General Election gamble paid off as he romped home with a majority of 80. St Ives was the last seat to declare just before 3pm today, with the Tories winning an increased majority there. Boris Johnson vows Britain is on ‘route map back to normality’ as he scraps...