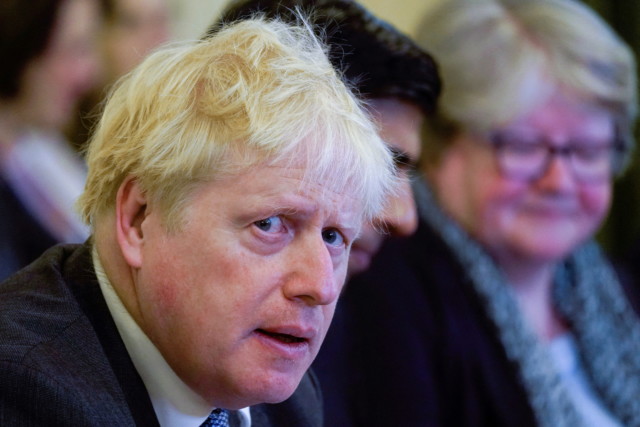 A powerful group of Northern MPs will hold PM’s feet to the fire by drawing up their own ‘mini manifesto’ of demands at their own conference.

Putting Boris on notice, Red Wall leader Tory MP Jake Berry will declare today: “It’s time to stop talking about being the party of low tax, it’s time to be the government of low tax.”

Bojo and Rishi Sunak are both at the Doncaster conference giving rival speeches to woo the northern bloc.

But throwing down the gauntlet to No10 and No11, the powerful Tory group will warn it is not enough to just bang on about helping the Red Wall – they must put their money where their mouth is.

The group have drawn up a manifesto of demands to turbocharge growth in the North and deliver on the PM’s promise to ‘level up’ Britain. Local mayors should get the power to cut taxes and build more housing, they say.

They also want a new ‘levelling up formula’ to send extra cash to struggling areas like the North.

And they want a new drive to skill workers on the Red Wall do they can become to carpenters, plumbers and computer programmers of the future.

Mr Johnson is under massive pressure to take an axe to they sky-high tax burden to ease the cost of living hell.

After a stormy six months which saw his premiership rocked by partygate and a rebel bid to oust him from No10, Boris is on a charm offensive to convince his backbenchers he is still the man for the job.

But he is being pulled in different directions.

But one Cabinet minister said PM wants to go further.

They told HOAR: “There will be tax cuts. Boris is in charge – not Rishi.”

You can now buy PINK Coco Pops and they taste of strawberry and white...