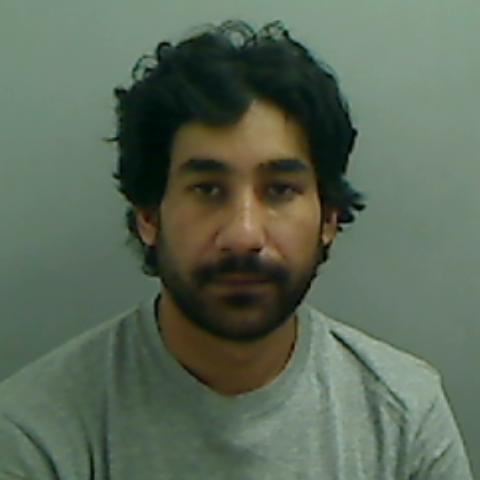 A REFUGEE hit and run driver who nearly killed a couple of teenagers has been allowed to stay in the UK – even though his asylum status has been revoked.

Hadi Hamid, 41 was jailed for four years after he nearly killed Luke Mason and a pal but was released last summer.

But he has been allowed to stay in the UK, despite being recalled to prison, after his lawyers used human rights laws to let stop his deportation – saying he would face death or torture in his native middle eastern country.

However Kuwait – an ally of Britain – could reassure ministers over his safety, which could green light his removal.

Mr Mason, who suffered life changing injuries, and MP Simon Clarke are calling for the Home Office to reconsider their decision after Hamid’s refugee status was revoked because of his repeat criminal behaviour.

Mr Mason, 21 a student from Middlesborough said victims “are being let down daily across this country due to a misuse of human rights law.”

He told HOAR: “I can understand with certain countries we might have a problem with deporting people such as Syria.

“But this guy hails from Kuwait, which has got a national health service.

“So it’s by all accounts quite a good country so it’s really puzzling as to why we can’t deport the guy.

“I think it raises a bigger issue here as well – How many more people are we not deporting who we should probably be deporting?”

He added: “I would love to see as infused assaultive British Bill of Rights, where we we incorporate many of the key ideas and principles of the

Human Rights Act, but we give ourselves the freedom to stop foreign criminals from using this law as a shield.” Mr Clarke, who is holding a debate on the issue today in Parliament added: “He is just a proper bad character and yet his lawyers know exactly what to get him to say to engage the HRA  and basically make him immune from deportation.”

Mr Clarke said figures from 2018 show there were 172 successful appeals against deportation by foreign criminals.

He would like to widen the scope of deportation to allow it when foreign governments make guarantees on the treatment of the individuals – which is currently only available for terrorists.

Mr Clarke added: “I think the principle is a sound one, if we can secure guarantees from other governments that they aren’t going to mistreat someone upon return – we should be taking advantage of that to send them back.”

Schools will be told ‘within days’ if they will be made to reopen on...

Secondary school kids can come back in January LATER in testing blitz plans –...