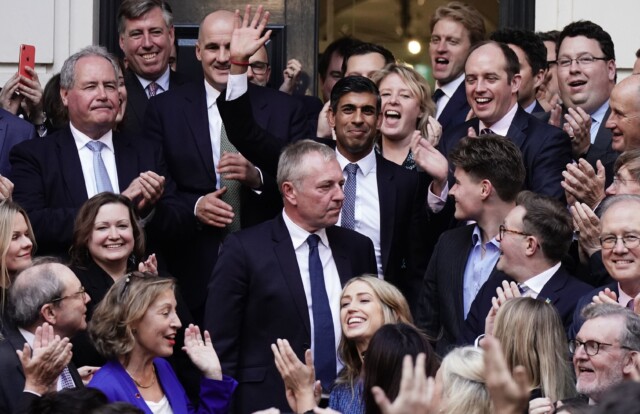 RISHI Sunak faces a monster in-tray from hell when he walks into No10 today.

Top of the pile for the new PM will be juggling spending cuts to Whitehall budgets as stricken Brits need help amid a cost-of-living crisis.

During the summer leadership contest, the ex-Chancellor vowed to return to Tory economic values rather than pursue ‘fairytales’

Mr Sunak and his close advisers must first decide whether to reinstate the 1.25 National Insurance percentage point rise after Liz Truss reversed it

Challenges he has to address include a looming row on defence spending as the Ukraine war rages and cutting the Covid NHS backlog.

During the summer leadership contest, the ex-Chancellor vowed to return to Tory economic values rather than pursue “fairytales”.

He must also deal with the spooked market reaction to Kwasi Kwarteng’s growth plan as he prepares for the new budget plan scheduled for Hallowe’en.

Mr Sunak and his close advisers must first decide whether to reinstate the 1.25 National Insurance percentage point rise after Liz Truss reversed it.

A decision is looming on how much to increase benefits by — either in line with earnings or inflation, currently at 10.1 per cent.

It is likely Mr Sunak will stick to the 2019 manifesto pledge to keep the triple lock for state pensions which will guarantee the inflation rise.

But he will face a £40billion black hole and ask his Cabinet colleagues to trim the fat from their departmental spends.

Ms Truss pledged defence spending to reach three per cent of national spending by 2030 but Mr Sunak has yet to make that same commitment.

Mr Sunak must also solve the small boats crisis which has already seen record numbers of migrants crossing the Channel this year.

Current Chancellor Jeremy Hunt has said help with energy costs will last six months instead of two years — meaning a plan to help the most vulnerable will need drawing up.

Mr Sunak has previously said he would scrap VAT on energy bills.

A decision is also due on whether to set a date for assembly elections in Northern Ireland or introduce legislation to delay Friday’s deadline.

Simon Cowell takes no risks as he returns to work in California wearing a...

What does the winner of I’m A Celebrity get?

Strictly fans furious as they accuse judges of favouring couple with high scores –...