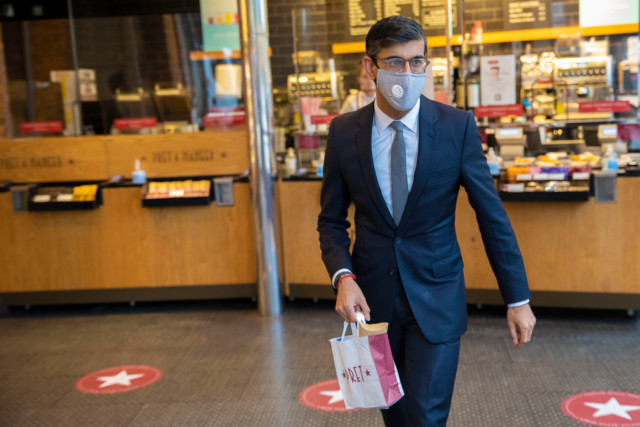 The Chancellor watered down the Tory election promise not to raise income tax, VAT or National Insurance to just “an ambition”.

He told MPs it was that or cutting spending, which Boris Johnson has ruled out.

Mr Sunak is facing a £372billion black hole this year due to Covid.

About £180billion will be going on bailing out workers and firms and on public services including the NHS plus £190billion in lost tax.

He told the Commons Treasury Committee the country needed a “sensible conversation” on taxation to restore the public finances to a sustainable footing.

Mr Sunak said: “Fundamentally we don’t tax our way to prosperity, we want people to keep more of their own money, we think that is good for growth.

“But we also have a lot of demands on public services and they need to be funded.

“We as a country need to look at these things in the round. There are tough choices ahead, that is clear.”

Mr Sunak said a recovery to pre-crisis economic levels could not be guaranteed if people did not return to pubs, restaurants and shops.

He said: “Ultimately it’s going to come down to confidence. We’re a consumption-driven economy; without confidence we don’t have that consumption.”

Mr Sunak wore a mask shopping yesterday — as did Michael Gove, 24 hours after he was ticked off for not wearing one. Amanda Holden insists Simon Cowell will be back on BGT next year due to...

Number of Brits who beat coronavirus to be published daily to coax people back...