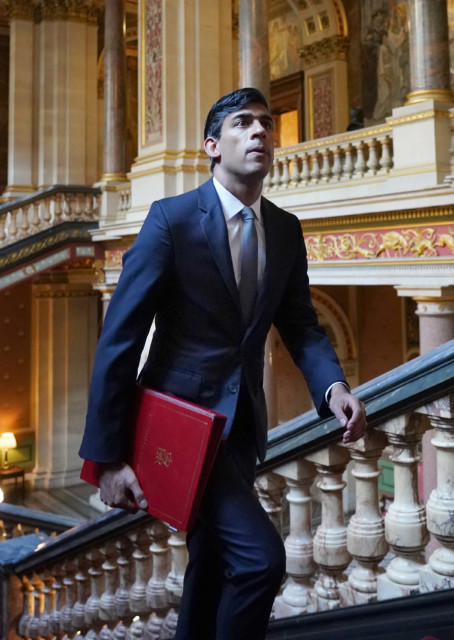 RISHI Sunak today shelved his Budget of tax pain and will today extend furlough for some workers.

Amid another major spike in daily Covid cases, the Chancellor has delayed paying for the crisis until next year. And with growing Tory fury over the latest clampdown, Mr Sunak has bowed to pressure and will today unveil new measures to ­subsidise the wages of struggling hospitality staff, including pubs and restaurants, if they can find only part-time work.

The latest bailout plan comes as confirmed new coronavirus cases soared above 6,000 today — the highest daily number since May 1.

And 37 new deaths were confirmed today.

In a Commons statement today, the Chancellor is expected to announce a new “flexible furlough” scheme targeted at industries that will be hardest hit by the new Covid restrictions.

HOAR understands it will allow firms to reduce employees’ hours while keeping them in a job, with the Government paying part of the lost wages.

For example, a worker who usually works 37 hours a week would be able to do just 17 hours but still receive their full wage.

The company would be able to charge the remaining 20 hours of wage costs to the Government.

The Chancellor will put a cap on the subsidy going to each worker — expected to be similar to the £30,000 salary ceiling of the current furlough scheme.

The new scheme is aimed at avoiding major job losses in the hospitality sector. It will follow dire warnings tonight that a quarter of all businesses in the sector fear they will go bust by the end of the year without further support.

But the plans faced major internal opposition from tax bosses who warned of the risk of fraud.

A source said: “HMRC are really nervous about this scheme and that’s why there’s been a delay. People would very quickly cotton on and commit widespread ­furlough fraud.”

Mr Sunak has been hugely reluctant to consider any form of extension of the furlough scheme.

But a source said the “Red Wall” group of Tory MPs — whose seats are most at risk of mass job losses — forced him to change his mind.

Transport Minister Robert Courts has privately told MPs that new flexible furlough will also be available to the aviation industry.

More than 33,000 people are believed to have lost their jobs in that sector already.

The Chancellor will also announce a new government jobs scheme aimed at retraining hundreds of thousands of people out of work due to the Covid crisis.

A Treasury source said: “Giving people reassurance and businesses the help they need to get through this is uppermost in his mind.” Tonight the Treasury confirmed the Budget, planned for November, had been cancelled and will be replaced with a “Winter Economy Plan”.

Explaining the decision, a spokesman said it was too early to outline a long-term recovery ­strategy and the Government needed maximum flexibility to respond to the pandemic.

And Tory MPs broke cover to demand that the pessimistic doctor should be sidelined.

Party grandee Sir Desmond Swayne told HOAR: “After his performance at Monday’s press conference, he should consider his position or the Prime Minister might like to consider it.

“I thought it was very poor — he was terrifying the public by producing this graph and saying, ‘It’s not a prediction’. Well, what was the purpose of it then?”

But Downing Street hit back to say they had their full confidence in Professor Whitty and the advice he was giving the Prime Minister.

Denying any rift, a No10 source said: “There’s nothing but love from Boris for the boffins.”

Meanwhile, the PM faces a major rebellion in a vote next week on extending the Government’s emergency coronavirus powers.

Dozens of Tories are threatening to vote for an amendment that would give MPs a veto over all future measures.

One, Richard Drax, said: “We are causing undue harm to our economy and to people’s health and livelihoods.” Did you miss our previous article…
https://www.hellofaread.com/politics/queen-confirms-the-george-cross-is-on-a-par-with-the-victoria-cross-ending-years-of-speculation-2/

Love Islands Ollie Williams accuses ITV of stitching him up and deliberately making him...

Meghan Markle viewed her ‘briefcase beauty’ Deal or No Deal role as a stepping...

White Van Man to vote Tory tomorrow as they back Boris Johnson to get...