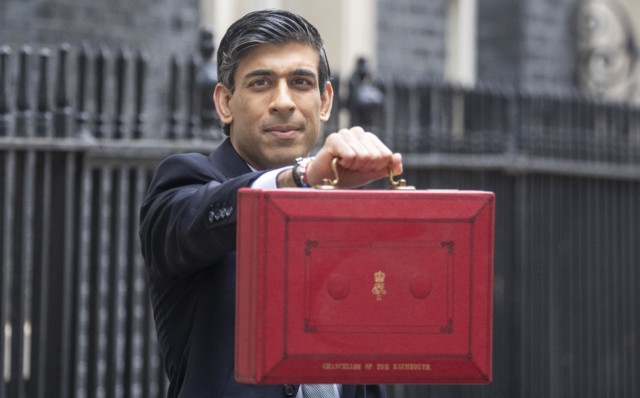 RISHI Sunak has been urged to give taxpayers a Budget break next week by freezing fuel and booze duty.

The Chancellor was warned by Tories he risked inflating the cost of living if he went for an easy hit to balance the books.

He was told it would deliver a double blow to the recovery by hitting struggling families and the travel and hospitality industries.

Mr Sunak must rebalance Britain’s finances after his £372billion splurge on fighting the pandemic.

He has ordered government departments to find at least five per cent savings from day-to-day budgets.

But he must still look for other ways to raise revenue in his third Budget, on October 27.

Any tax rises he imposes will come on top of the 1.25 per cent increase in National Insurance from April to pay for health and social care.

A rise in fuel duty would boost rocketing prices at the pumps, which are already adding £191 a year to the cost of filling up a family car, or £1,100 for a self- employed White Van Man.

Tom Clougherty, head of tax at the Centre for Policy Studies, warned rises would hit the poorest hardest amid energy price increases, inflation and the withdrawal of the Universal Credit uplift.

He said: “There is a strong case for freezing fuel and alcohol duties for a further tax year.”

I’m absolutely furious after neighbour erected a 20ft ‘rollercoaster’ at the bottom of our...

Roblox down latest – Game FINALLY back working as millions celebrate after engineers fix...

Im A Celebritys Kate Garraway looks incredible in red bikini as she showers with...