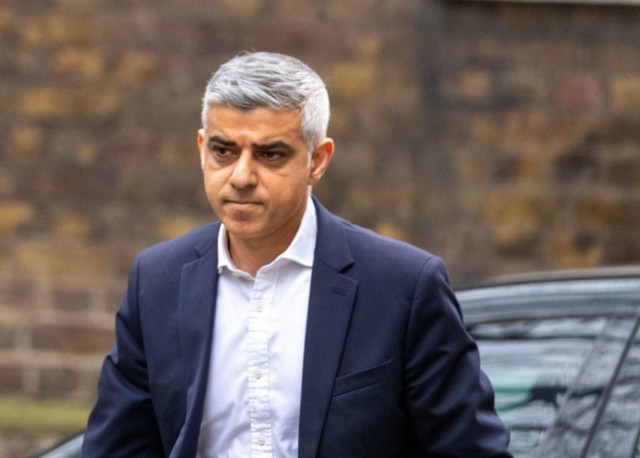 SADIQ Khan is hiking London’s congestion charge and fares for Londoners after his multi-billion bailout from the Government yesterday.

The Mayor announced plans to increase the charges for vehicles driving in central London from June, and commuters will face higher costs in the coming months.

The congestion charge will go up from £11.50 to £15 from June 1st, and the hours it will apply will be extended, LBC and the Evening Standard reported.

It’s currently only applied between 7am and 6pm on a week day, but will be extended to 10pm and run seven days a week.

The bad news for white van man and other tradespeople comes the day after the Government forced the Mayor to accept strict terms in exchange for a huge Government-funded bailout.

Mr Khan had threatened to pull bus, Tube and rail services from Monday to help ease his budget blackhole if the Government did not come up with the cash.

The £1.1billion cash came with rules that he must increase fares for Londoners to help plug the huge hole in the finances.

And he handed huge chunks of control of TfL to the Government too.

The Labour mayor will have to get Tubes running back to 100 per cent capacity as soon as possible and use No10’s Stay Alert campaigns on the network.

Londoners who have a Freedom Pass – used by one million adults who are over 60 to travel free on the Tube and buses – will be suspended during the morning and evening rush hours.

And disabled passengers will not lose their free travel passes.

Fares will be hiked by one percent above inflation – around 2.5 per cent. That will add an extra £36 a year onto a monthly travel card.

London has the lowest R rate of infection in the nation at just 0.4, but the mayor’s cuts could have sent it soaring again.

Mr Khan said TfL was losing £600million a month keeping the network running on its reduced service. Its income was down 90 per cent due to lost fares, advertising revenue and congestion charge payments.

He said: “We’ve been involved in weeks and weeks of negotiation with the Government and it’s really hard in getting support from them.”

London’s Transport Commissioner Mike Brown MVO said: “We have worked closely with the Government and Mayor as part of the national effort to fight the virus, rapidly reducing passenger numbers to levels not seen for 100 years. This has meant that our fare and other revenue has fallen by 90 per cent.

“We now need to help London recover as restrictions on movement are gradually eased, with public health and more active forms of travel at the forefront of our thinking.

“We have been operating up to 70 per cent of peak Tube services and over 80 percent of bus services with many of our staff ill, shielding or in self isolation. From next week we will further increase services beyond this as we progressively build towards restoring services to pre-covid levels.

“Enormous challenges remain, including agreeing longer term sustainable funding for transport in the Capital. In the meantime, we will continue to do everything in our power to help deliver a successful recovery for our great city.”

LoveHolidays to refund £18million back to 44,000 customers with cancelled holidays due to coronavirus

Coronation Street spoilers: Geoff withdraws the charges against Yasmeen – and tries to force...

EastEnders’ Rita Simons says she suffered a breakdown during her divorce and wanted to...