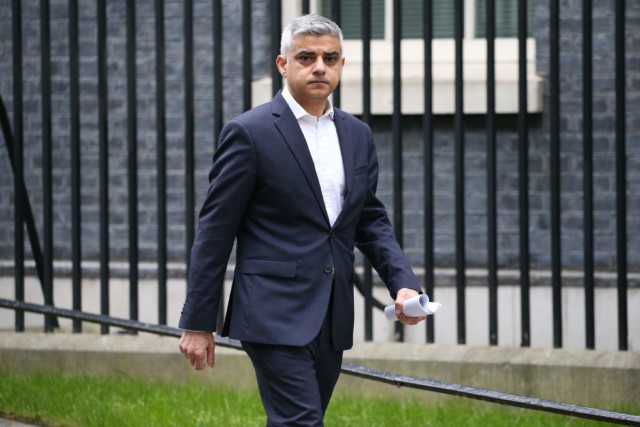 SADIQ Khan has been accused of misleading MPs by wrongly claiming the number of TFL staff earning huge paypackets has gone down on his watch.

The London Mayor claimed yesterday that there were fewer people at Transport for London raking in more than £100,000 a year than when Boris Johnson was in charge.

But figures show they have gone up every year except one, where they dropped.

Mr Khan told MPs on the Transport Select Committee yesterday: “Unlike during the previous administration where the number of people earning over £100,000 was going up and bonuses were going up, in the last 4 years they have been going down.”

He said that the number of people on high salaries had gone down.

However, for the end of the financial year 2015/16, when Mr Khan took over the job as London Mayor, the total number of TFL employees earning over the huge sum was 458 – including Crossrail staff – according to figures from the Conservatives.

It then dropped down to 515 before rising again last year to 557.

Tory Mayoral candidate Shaun Bailey wrote to Huw Merriman MP, the chair of the Transport Select Committee, to raise the issue saying it was “most concerning”.

He said: “The Mayor’s statement is not a failed attempt at political spin.

“It is either ignorance of his own job or a deliberate attempt to mislead parliament.

He went on to accuse Mr Khan of failing to manage TFL’s finances properly, with “huge debt”, and “wasting millions”.

City Hall has yet to provide alternative figures about the numbers of staff earning £100,000. TfL staff bonuses for this year are deferred to save costs.

A spokesperson for the Mayor of London said: “Sadiq has frozen the salaries of top TfL executives for the duration of his Mayoral term, and has reduced the number of senior managers earning salaries over £100k.

“Sadiq has himself committed to taking a 10 per cent pay cut – and to freeze the salaries of his 15 direct appointments. This is on top of the 11 per cent saving to taxpayers arising from the Mayor’s decision in 2016 not to take a pension, unlike previous Mayors.”

The news came after the Mayor demanded another TfL bailout months after a £1.6billion injection of cash from the Government.

He said yesterday the capital’s transport system would need even more subsidies to cover its day-to-day costs during the coronavirus crisis.

Mr Khan said the strings attached to the deal – including using Government advertising on coronavirus and reporting staff sickness rates directly to the Government – were unfair and unreasonable.

Did you miss our previous article…
https://www.hellofaread.com/politics/can-i-be-fined-for-not-wearing-a-face-mask-in-shops-and-takeaways/