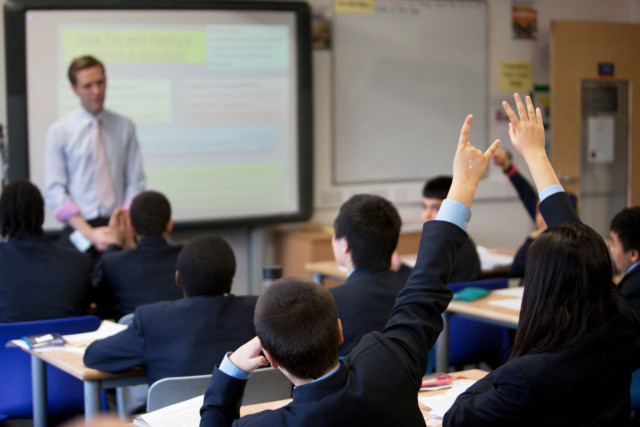 SCHOOLS will open in the summer holidays under secret government plans. Pupils are to be invited to attend summer camps to help stop them falling behind.

The urgent plans emerged following Education Secretary Gavin Williamson’s row with teaching unions holding up a return to the classroom.

The aim is to assist kids who teachers feel have lost out by not attending class since late March due to Covid-19.

It would be the first time since World War Two that pupils will have gone to school in the summer break.

At yesterday’s Downing Street press conference, Mr Williamson said: “We’re looking at different initiatives that we could maybe look at rolling out during the summer period.”

He confirmed ministers are going ahead with plans to get some primary pupils back to school on June 1, saying: “We owe it to the children.”

And in a thinly-veiled attack on the unions, minister Mr Williamson added: “There is a consequence to this, the longer the schools close the more children miss out.

“Teachers know that there are children out there that have not spoken or played with another child their own age for the last two months.”

He spoke as the first weekend since the easing of lockdown and travel restrictions was put under strain as people flock to beaches and parks.

But some day trippers were left confused by the latest social distancing rules. Did you miss our previous article…
https://www.hellofaread.com/politics/royal-navy-submarine-crews-face-14-days-quarantine-to-prevent-coronavirus-outbreak/

Switzerland & Czech Republic could be added to quarantine list TODAY but Greece &...

Boris Johnson dons his woolly hat as he heads out for a run with...