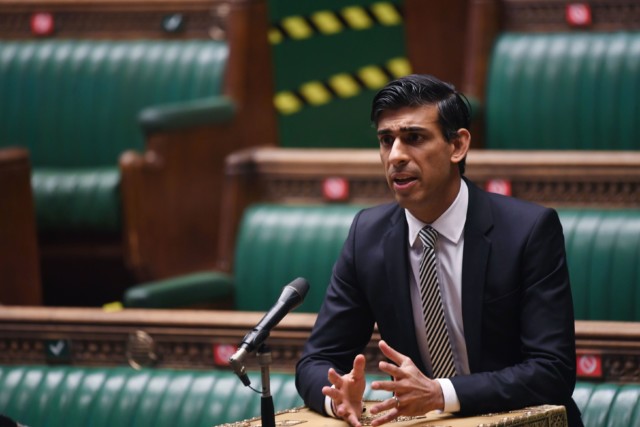 BRITS could face being whacked with higher prices online under plans for a sales tax on internet giants, a minister warned yesterday.

Financial Secretary to the Treasury, Jesse Norman, said the new shoppers’ levy may be needed to help pay off Coronavirus debt.

The Treasury is still considering an online sales tax

Chancellor Rishi Sunak is keen on the idea, which is projected to raise an initial £2 billion extra a year for the nation’s coffers.

Under the plan, a two per cent charge may be slapped on all goods bought online in the UK.

That could be accompanied by an extra charge on deliveries to bring in further cash.

Mr Norman told MPs: “When we thought about business rates in the recent consultation, we touched on the idea of an online sales tax and just put that out there for discussion and evaluation and we’re still reflecting on that.”

Treasury sources said the plan was being considered, but played down that the sweeping reforms would be a part of the upcoming March budget.

No 10 signalled its openness to the idea back in July, with Britain’s public finances taking a battering due to the pandemic.

Ministers have argued the move would help save our high streets by evening up competition with online giants, which have lower overheads.

There may also be a deliveries tax which would help towards reaching environmental targets.

But critics say the move would “penalise” hardworking Brits and hit the poorest families most.

Traditional shops have suffered badly during the Coronavirus pandemic, which has seen online sales soar.

That has the potential to radically affect the Treasury’s tax take.

While city centre stores pay high rates of tax on valuable retail space online rivals are based at cheaper, out of town warehouses.

Internet giants including Amazon have long been criticised for paying low levels of tax in the UK.

And Britain’s spent £280billion this year paying for Covid – with politicians in the Treasury worried about how it’s all going to be paid back. He said: “The Chancellor is looking to build strong sustainable finances when circumstances permit that.

“That seems to me to be a judicious recognition that some taxation could impede growth and damage our recovery.”

Is EE down? How to check the status in your area