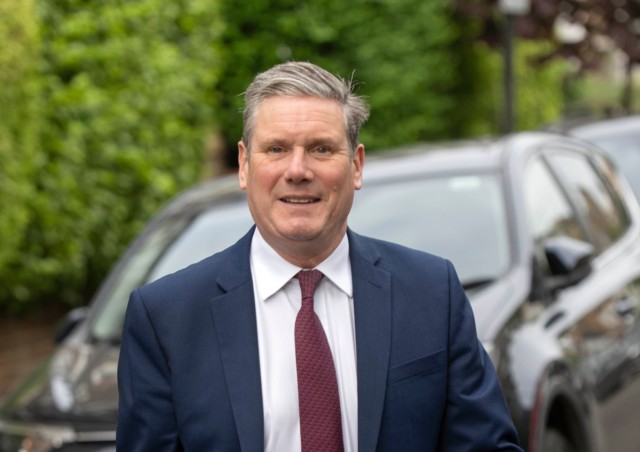 SIR Keir Starmer has been sent a “comprehensive” police quiz over his Durham knees up.

It includes several questions about a football shirt handed to the Labour leader at the bash, plus the San Miguel beer he was seen drinking.

His deputy Angela Rayner and about 15 other Labour members also got the quizzes this week.

Police are investigating whether they breached Covid rules at the Currygate bash in April 2020.

And they want to know more about a Consett AFC top Sir Keir posed with.

Local party officials said at the time that he had been “interrupted while hard at work”. Both Sir Keir and Ms Rayner insist no rules were broken and pledged to stand down if fined.

When the photograph of Starmer with the shirt emerged last month, a Labour spokesman said: “As this tweet clearly shows, Keir Starmer was working. “No rules were broken.”

After cops started their probe last month Sir Keir said that he would “do the right thing and step down” if given a fixed penalty notice.

Did you miss our previous article…
https://www.hellofaread.com/politics/boris-johnson-could-face-repeated-leadership-votes-under-secret-tory-plot/