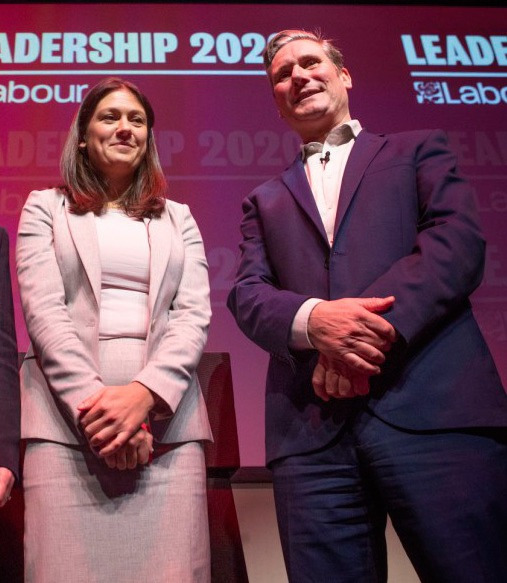 SIR Keir Starmer has taken charge of a Labour outfit that “silences” women, a shadow Cabinet Minister has warned.

Lisa Nandy launched a blistering attack on the party – as a 150-page dossier warned that another 58 seats could be lost on top of Boris Johnson’s 80-seat majority.

The attack was made by the Shadow Foreign Secretary at an event last month just weeks into the reign of the new leadership.

She said: “Too often the experience of women in the Labour Party in the north of England is that they get a position and they go onto the council and then their voices are silenced.”

She continued: “I am sick of sitting on panels, Labour panels, with more people called John than there are women.”

The revelation comes after the dossier on the disastrous election revealed it was the result of support fracturing over the past two decades.

Nandy also claimed the party is being run by a small cabal of mostly males from the capital who foist their policies on their constituents.

It could be seen as hitting out at Sir Keir Starmer whose constituency is in the heart of the city.

She said: “We’ve got to be present in our communities and we have shrunk as a movement, into a small handful of people, largely men, dare I say it, in London, central London.

“Not even most of London, but central London, who commission focus groups and polling, who go out and sell a message to the rest of the country.

“When we talk about devolution, nobody believes us because they can see we haven’t done that ourselves as a Labour movement.”

Nandy was one of five candidates who put herself forward to lead the party following Jeremy Corbyn’s decision to stand down after December’s election.

Did you miss our previous article…
https://www.hellofaread.com/politics/bars-and-restaurants-set-to-keep-a-record-of-all-guests-when-they-re-open/

Amanda Holden reveals she DIED for 40 seconds before falling into a coma during...

Toxic Prince Andrew has made anti-monarchy sentiment look mainstream The Crown is in...

We tested orange squash from Aldi to Tesco and Asda against leader Robinson’s and...