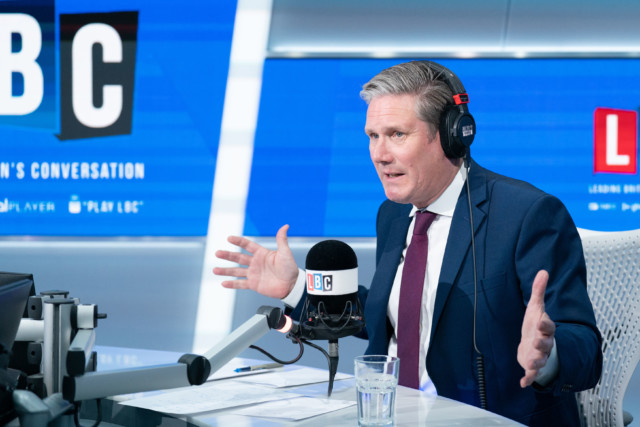 SIR Keir Starmer has been red-faced AGAIN after Commons chiefs opened a sleaze probe into his earnings.

Keir Starmer faces a Commons probe over declaring his earnings

After months of attacking the PM, he is now under investigation by cops AND the Commons – just like BoJo did.

The top lawyer is being probed for not properly registering his interests – including his earnings, gifts, benefits and hospitality.

Standards Commissioner Kathryn Stone will look into the matter.

It comes on top of the police investigation he is under – with Durham Police probing if he broke lockdown rules with his beer and curry gathering during lockdown.

Today he came out fighting, insisting: “there’s no problem here”.

During a visit to Wakefield, the Labour leader told broadcasters: “My office is dealing with it and will be replying in due course.”

Asked if he was sure he had done nothing wrong, he said: “Absolutely confident, there’s no problem here.”

Labour sources said the investigation was about two declarations which had been made a few days late.

The PM got a fine for attending a lockdown gathering after cops investigated a string of alleged parties.

But he now faces another Commons probe from the privileges committee over whether he lied to MPs about what he knew.

He’s survived a vote of confidence from his own backbenchers – and they can’t try and oust him again for at least a year.

Britain’s defence budget will have to increase to help fund war in Ukraine, Ben...

Boris Johnson vows to unleash ‘the terrors of the earth’ on Tory MP who...